Sony Pictures Television has sold espionage drama series Counterpart to more than 40 territories around the world, following a successful debut in the US. 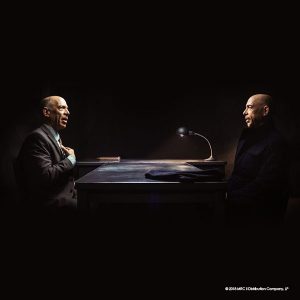 The show, one of TBI’s recently Show of the Week features, has received a 100% rating on Rotten Tomatoes after appearing on Starz in the US. It will now appear in France, Spain, Central Europe, Canada, Russia, Japan and China.

In Europe, Counterpart has been picked up by OCS in France and HBO has acquired the series across Central Europe and Spain.

Viasat World has taken the rights in Russia, while Telenet has picked up the series in Belgium  and MTG in the Nordics.

Elsewhere, Sohu has acquired the series in China, as well as WOWOW in Japan and KT in South Korea.  Bell Media has the series in Canada and it has been acquired by D-Smart in Turkey and Bein across the Middle East.

The deals are among the first since Sony’s international TV sales chief, Keith Le Goy, was named president of worldwide distribution at Sony Pictures Entertainment.

He said: “Counterpart has already captivated audiences in the US, and its intriguing story, featuring an extraordinary performance by J.K. Simmons, will have viewers around the world enthralled in each episode.”

Counterpart is starred by J.K. Simmons, who plays dual roles in the spy thriller from creator Justin Marks, Gilbert Films and Anonymous Content.