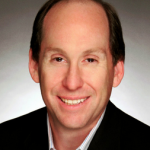 Kaplan (pictured) has been with Sony or its affiliates for nearly 30 years, and has greatly expanded the US studio’s channels operations in his most recent role.

However, he will leave his post as president of worldwide TV channels with Sony Pictures Television chairman Mike Hopkins taking on these networks plus Crackle, Sony’s streaming service.

Regional channels chiefs now report into Hopkins, whose remit encompasses 101 channels and 189 feeds operating in 178 territories, plus management of the Wheel of Fortune and Jeopardy format franchises. 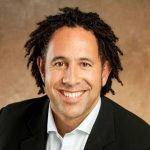 Since then, Vinciquerra has been assessing the Sony structure. He told staff in an internal memo that the new configuration would remove layers of management and make the business “nimbler and better aligned with a rapidly-evolving industry”, while also streamlining.

The changes also come soon after Sony Corp. CEO Kazuo Hirai announced he was stepping back to a chairman role, with CFO Kenichiro Yoshida replacing him.

Questions have since been asked about Japan-based Sony Corp.’s willingness to back its at-times challenged entertainment operations, as Hirai was considered a big supporter of film, TV and music as profit bases.

Sony is also an electronics manufacturer and in the computer games console business, but suggestions SPE is an acquisitions target for rivals have been rejected.

At NATPE Miami last month, Vinciquerra said the business was “not somebody’s purchase”, and was instead eyeing “growth” opportunities.