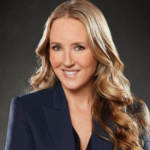 In the interim, Amazon Studios COO Albert Cheng took on Price’s duties as the company went on the search for a preferably female exec to take the spot.

NBC first heard of Salke’s departure late last week and has not found an immediate successor. Salke will remain at the Peacock Network for an undetermined period to help the company transition.

Salke is credited for bringing in shows such as This Is Us and Glee to NBC’s roster. She joined in 2011 after a successful spell at 20th Century Fox Television.

“What stood out about Jen was the deep relationships she has nurtured with creators and talent over her career, spanning NBCU, 20th Century Fox and Aaron Spelling Productions,” said Jeff Blackburn, senior VP of business development and entertainment at Amazon.

“She’s built an impeccable reputation as a big leader who emphasizes creativity, collaboration and teamwork.”

Salke said: “In the studio’s relatively short existence they have innovated, disrupted and created characters that are already an indelible part of pop culture. I am both honored and emboldened by the opportunity to lead this extraordinary business.

“Of course, this is also bittersweet for me. NBC has been an amazing home — creatively, professionally and personally — and I leave there knowing that the work we did had groundbreaking impact. It’s an exciting time to be a content creator, and I look forward to being on the front lines of an innovative business with storytelling at its heart.”

Salke joins the company as it begins a transition its content strategy. It has notably moved away from low-fi indie programming by cancelling shows such as One Mississippi, I Love Dick and the Marvelous Mrs. Maisel.

Instead, the company wants to invest in big-budget productions, having recently invested US$250 million for the rights to Lord of the Rings.