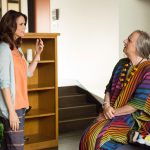 Joe Lewis, head of half hour and drama series development at Amazon, is the latest executive to depart from the company after the resignation of Roy Price over sexual harassment claims.

Lewis has resigned from the company but has given no reason for his departure, according to Reuters.

He joins Morgan Wandell, Amazon’s head of international productions, in his departure from the company this week. Both executives worked under Price, who left the company earlier this month over reports of sexual harassment.

Sharon Tal Yguado, head of event series at the company, is now the most senior scripted executive on the team and will replace Lewis in the interim. She joined from Fox Networks Group, where she was executive VP of global scripted programming, in January.

Lewis was made head of comedy and drama last year. Before that he oversaw development of half-hour series including Amazon hit Transparent.

Formerly, the exec has also worked with Comedy Central and 20th Century Fox.

The Hollywood Reporter, which first reported the news, reports Lewis is in discussions with Amazon over a production deal.