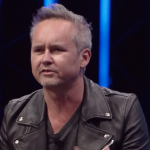 Roy Price has resigned from Amazon Studios after an allegation of sexual harassment.

Price had already been placed on indefinite leave. He couldn’t be contacted before press time, but has been accused of repeatedly propositioning The Man in the High Castle (TMITHC) producer Isa Hackett.

He has also been accused of ignoring a rape claim that actor Rose McGowan made.

Price, Amazon Studios’s head of video content, was also accused of ignoring warnings about the behaviour of Hollywood producer Harvey Weinstein, who is embroiled in various legal claims and allegations over sexual assault and harassment.

Price launched SVOD service Amazon’s production studio in 2010, and has built the business through series such as TMITHC and Transparent.

Investment company Colony Capital is set to buy The Weinstein Company (TWC), whose future is in doubt after more than 30 women came forwards with similar stories about Harvey Weinstein.

TWC’s board, which has reduced to three in light of recent developments, said an “immediate” cash injection was coming through Colony, which is set to buy all film and TV holdings.

Harvey Weinstein yesterday resigned from the board, but remains in control of 22% of the stock. Bob Weinstein has denied a sale process is taking place.