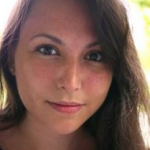 She joins the entertainment company this month.

The new director arrives from TwoFour label Boomerang, where as director of development she has led its factual and entertainment teams since 2015.

During her time in the role, Baldwin developed ITV’s forthcoming six-part, fact-ent studio format What Would Your Kid Do?.

Previously, Baldwin has also worked on formats at Studio Lambert and ITV Studios.

Brown said: “This is a really exciting time for Thames, and we’re delighted that Shona is becoming part of our team. Shona has a brilliant track record in creating incredible formats and combined with passion for new programming, I know that she will bring a new and exciting energy to Thames.”

Baldwin said: “When it comes to quality global formats, few labels come close to the reputation and success that Thames and FremantleMedia have achieved. I couldn’t be more thrilled to be joining such a talented team at a truly exciting time, and look forward to helping create their next generation of entertaining global hits.”