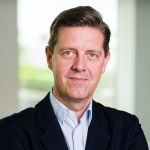 FremantleMedia is reuniting Talkback and Thames as part of a wider restructure at its UK unscripted division.

They were previously separated in 2011 after RTL Group-owned Fremantle merged them in 2003.

The restructure comes days after Thames managing director and FremantleMedia veteran Richard Holloway announced his exit after 20 years with the business.

Talkback managing director Leon Wilson is promoted to MD of the enlarged united, with Ed Sleeman replacing him to run the Talkback side of the business.

Brown and Wilson now report to FremantleMedia UK (FMUK) CEO of unscripted Liam Humphreys (pictured), who unveiled the restructure four months after he joined from Channel 4. Holloway had been overseeing FMUK, but stepped back to focus on Thamas at that point.

He joins as Lucas Green moves to Banijay Group as head of content.

Meanwhile, Betty head of development Damian Pitman is joining another FMUK unscripted prodco, Boundless, as director of development. He takes up his post in 2018.

This is part of Humphreys’ plan expand Boundless with more focus placed on scaled-up factual entertainment.

The prodco is still searching for an MD after Hannah Wyatt joined BBC Studios as genre director for factual entertainment.

Danny Carvalho, who joined FMUK as creative director in in August, is unaffected by the wholesale changes, as is MD of Shotglass Media Kat Hebden. Both report to Humphreys, with Kate Harwood of Euston Films and Jon Rolph of Retort continuing to lead UK-based scripted efforts and reporting directly to FremantleMedia CEO Cécile Frot-Coutaz,