Sony Corporation CEO Kazuo Hirai (pictured) is due to step down in April after six years in charge of company, to be replaced by chief financial officer Kenichiro Yoshida. 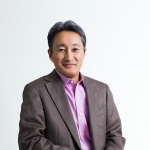 Hirai, who as overseen a period of growth at the firm, will step down on April 1, at which point he will stay on at the company as chairman.

He has been president and chief executive since April 2012 and worked alongside his successor Yoshida since he returned to Sony in December 2013.

Subsidiary Sony Pictures Entertainment, which houses the TV and film divisions, has had a rockier time during his tenure, with the email hack of 2015-16 preceeding the departures of both Michael Lynton and Amy Pascal, and a write-down of nearly US$1 billion coming after poor performance.

The future of Sony’s entertainment business has been a question for some time, with CEO and chairman Tony Vinciquerra forced to say the operation was not “somebody’s purchase”, and was instead looking at growth opportunities at NATPE last month.

“I have dedicated myself to transforming the company and enhancing its profitability, and am very proud that now, in the third and final year of our current mid-range corporate plan, we are expecting to exceed our financial targets,” said Hirai.

“As the company approaches a crucial juncture, when we will embark on a new mid-range plan, I consider this to be the ideal time to pass the baton of leadership to new management, for the future of Sony and also for myself to embark on a new chapter in my life.”

Yoshida said he will aim to build on the business foundations put in place by Hirai and make further reforms to enhance Sony’s competitiveness as a global enterprise and enable it to realise long-term profit growth.

“My first priority will be to finalise our next mid-range corporate plan starting in April, together with our immediate business plan for the fiscal year 2018, and then move ahead swiftly with implementation,” said Yoshida.

“This is a hugely exciting time at Sony as we look to our future, and together with my management team I intend to determine the best path for us to move forward, and devote my full effort to creating a better Sony that captures the imagination of our many stakeholders around the world.”

Sony’s chairman of the board Osamu Nagayama paid tribute to Hirai for “making great progress in revitalising Sony’s business”. He said that while the company was initially surprised by his proposal to step down, it had agreed that Yoshida would be the ideal candidate to succeed him.