Orange has launched a new low-cost ad-free TV service aimed at millennials that will be available to its TV and mobile customers and will incorporate Canal+ mobile short-form offering Studio+, as well as eSports and music services. 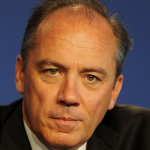 The new service, Pickle TV, aimed at 15-35 year-olds, will be available across all screens and will cost €4.99 (US$5.99) a month, with the first month’s viewing free of charge. The service will be available without an ongoing commitment.

The service can be accessed via an Orange TV decoder, as a dedicated TV channel, on mobile or the web.

Other channels on the service include manga channel Manga One from Game One, a network called South Park, hip-hop and street culture channel OKLM, Clubbing TV and documentary channel Spicee.

Orange’s new offering marks its entry into ‘mobile-first’ TV aimed at a millennial audience. The telco has its own low-cost mobile service, Sosh, which is also aimed at this audience, but Pickle TV is bundled with its mainstream multi-play service Open, whose subscribers can access it free for the first six months via the Orange et Moi app.

Over in the US, cable operators and internet companies have targeted millennials with ‘skinny bundle’ subscriptions that bring together a limited number of networks for a lower price point that traditional cable deals.

Orange has already made moves to cement a relationship with millennials through its exclusive partnership with Spotify rival Deezer and a partnership with bandes dessinées (drawn comic strips) specialist Izneo.

The company already has a televison partnership in place with Canal+ to distribute the pay TV leader’s channels over its network.

At the end of last year, Orange CEO Stéphane Richard said that Orange was open to content partnerships with multiple providers, including rival operators.

That came after the launch of Orange Content, a new division with a €100 million warchest combining the assets of Orange Studio, OCS and Orange Prestations TV.