Orange has pledged to spend €100 million (U$114.9 million) over the next five years creating TV content, as it launched its new Orange Content division. 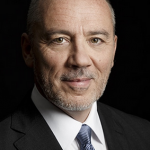 The French telco said that the investment underlines its desire to “produce ambitious series, co-produced with renowned partners, whether French, European or international”.

Other Europe-based cable and telecommunications companies such as Altice and Telefonica have already committed large spends to content creation in the past year, while in the US Comcast owns NBCUniversal and A&T is taking over Time Warner.

Orange said that as of September 1, Orange Content will have five main functions: strategic intelligence and interpreting trends; acquiring content rights; managing and developing a production unit; creating and evaluating new formats; and monitoring the development of content turnover.

“Orange Content aims to guarantee the richness of our offer in France and abroad and to give more visibility and consistency to our offers in the field of content,” said Orange chairman and CEO Stéphane Richard (pictured).

Orange Content is designed to build on the company’s existing strategy of distributing high quality content and investing in cinema and series via OCS and Orange Studio.

Orange previously committed to investing €179 million in French and European cinema over five years via its OCS channels unit at the end of 2013.

Separately Orange announced yesterday that in the coming months it will start to offer Orange fibre customers a no-commitment Canal+Essentiel TV offering.

Canal+Essentiel builds on the ‘Famille by Canal’ offer that launched in 2016. Orange said it would offer viewers “the very best in entertainment”.