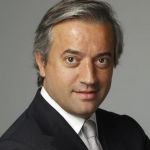 The service, which requires the download of a paid-for app, is designed for mobile use and will roll out in 20 countries this September.

There will be six different versions – in French, Spanish, Italian, English, Russian and Portuguese – and the app will allow Vivendi to extend its geographical reach with the service initially distributed across Europe and Latin America.

Targeting the millennials and the 18-34 demo, Studio+ will offer premium content divided into 5-to-10-minute short episodes. It will be distributed by telcos, with the possibility of exclusive deals. No agreements were revealed at the MIPTV launch announcement.

“The Studio+ adventure really started nine months ago,” said Dominique Delport, the CEO of Vivendi Content. “We have truly addressed the mobile market and the generation of the 18-35 year-olds who spend 50% of their video time on mobile, with the promise of answering the scarcity of quality scripted content offered in short formats.

“There is no answer about the monetisation yet, but it is a bet as Vivendi has invested to subsidise the new service.”

Studio+ will be run by Manuel Alduy and Gilles Galud, president and managing director respectively.

The launch line-up will include a Tetra Media drama series called Amnesia, a Save Ferris action series, Brutal, and thrillers Kill Skills and Madame Hollywood.

Vivendi said 60 additional projects are being prepared, with 25 already in production spanning all genres from action-adventure, thriller, to romance, comedy and animation, announced for soon.

There will be a new series every week, with a short gap between seasons. The line-up of original productions will be completed by acquisitions.

“Our idea is to work with a new generation of writers, actors and producers and recognised talents from cinema, TV or advertising,” Alduy added.

The Studio+’s application was developed by Canal+ Group and inhouse company Watchever.

Universal Music Group handles the soundtrack of the series while the trailers are promoted on video sharing platform Dailymotion. “Studio+ is a very integrated project across all our business units,” Delport said.