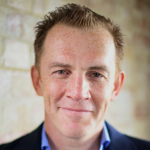 His new roles comes after it was announced Tiger Aspect Productions co-managing director and drama chief Will Gould was stepping down to launch his own company.

Gould had been running Tiger Aspect along with comedy exec Ben Cavey since February, when previous chief Sophie Clarke-Jervoise exited.

Spence will now work alongside Cavey, aiming to build the Tiger Aspect drama slate, which currently includes Netflix’s The Eddy, BBC One’s Peaky Blinders and The A Word and ITV’s Good Karma Hospital.

Both Tiger Aspect and Fifty Fathoms will keep the respective teams, with a director of production being hired to work across both prodcos.

“Fifty Fathoms started out of a relationship with Tiger and this brings us full circle,” he said. “Bringing the two closer together allows us to benefit in countless ways as we build for the future.”

Cavey described Spence as a “talent magnet” who “attracts the best writers, directors and producers in the business.”

“Tiger and Fifty Fathoms have their own unique identities and approach and this will remain the case going forward as Patrick develops their individual slates,” said Endemol Shine UK CEO Richard Johnson.