Changing of the guard at Tiger Aspect 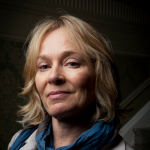 Longtime Tiger Aspect exec Sophie Clarke-Jervoise is stepping down, with Ben Cavey and Will Gould taking over at the Endemol Shine UK prodco.

Clarke-Jervoise joined Tiger Aspect in 2005 as head of comedy and became managing director in 2012.

Cavey and Gould will become co-MDs under the new structure, having previously run Cave Bear, the Tiger Aspect comedy banner.

The outgoing MD’s credits cover numerous UK-originated comedy and drama hits and include Benidorm for ITV, Mount Pleasant for Sky, Peaky Blinders for the BBC and animated series Mr. Bean for CITV.

“I’m very grateful to all the hugely talented staff at Tiger who’ve produced such an amazing raft of shows, of which I’m incredibly proud, and I’m now looking forward to developing some projects of my own,” said Clarke-Jervoise.

“Nurturing talent is something that Tiger Aspect is famous for, and to that end I’m delighted that Ben and Will have agreed to step up to drive the next phase of creative development.” 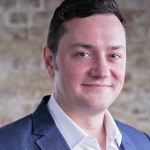 Richard Johnston, CEO, Endemol Shine UK said: “Sophie has been a brilliant creative and inspirational leader for Tiger Aspect and I will be incredibly sorry to see her go. As well as overseeing a thriving slate of hit shows she has established an enviable collaborative culture, enabling talent to do their very best work.”

In a joint statement, Cavey (left) and Gould said: “Sophie has overseen a great era of television at Tiger Aspect and will be missed by everyone at the company, and especially by us.

“We’re extremely excited to be stepping up into our new roles, but we particularly relish the opportunity to do this in partnership together.

“We have a shared vision about both the level of quality of television production we want to deliver, but also how Tiger Aspect needs to adapt to continue to be at the forefront of UK and international television markets.”