Netflix brings in slate of short docs for 2018

Netflix is set to bring in four documentary shorts for the New Year, two of which were announced as part of the 2018 Sundance Film Festival shorts program.

Ram Dass follows the life of the well-known spiritual leader and author as he approaches the end of his life in Maui, Hawaii. The doc was directed by Derek Peck and launches on April 6 on the service.

Ladies First, tells the story of Deepika Kumari, a girl born in abject poverty in India who discovers a love for archery and goes on to become a number one athlete. Directed by Uraaz Bahl, the doc launches on March 9. 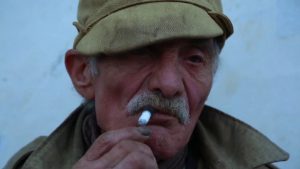 The Sundance picks includes The Trader (Sovdagari, left) and End Game. Trader tells the story of Gela, a salesman of second-hand clothes and household items who takes a trip around Georgia selling items from his minibus. The doc will launch in February 9 and is directed by Tamta Gabrichidze.

End Game follows visionary medical practitioners who are working on the edge of life and death, and our working to changing our thinking about both. The series will launch May 4.

“We are proud to showcase stories from around the globe, told by filmmakers who help us see the world from unique and important new vantage points,” said Lisa Nishimura, VP of original documentary programming.

“This impressive and diverse slate of documentary shorts illustrates how filmmakers, both acclaimed and emerging, can deftly transport us into some of the most transcendent, enriching, raw and unexpected moments in life.”