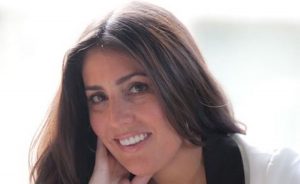 ViacomCBS’ MTV Entertainment Group has appointed Nina L. Diaz to head up unscripted and adult animation for Paramount+ as part of an executive reshuffle at the company.

Alongside her new CCO duties at the streaming service, Diaz will remain as CCO and president of content for the group and continue to report to Chris McCarthy, who is Paramount+ CCO as well as president and CEO of MTV Entertainment Group.

The changes will also see Grant Gish’s role as head of adult animation expand to include Paramount+ across series and movies, with him continuing to report to Diaz.

These executive changes mean the company will no longer have stand-alone movie or alternative teams, and as a result EVP and head of original movies and limited series, Meghan Hooper White, and SVP of alternative and comedy content, Justin Rosenblatt, are exiting ViacomCBS.

Hooper White joined ViacomCBS in May 2020 from A+E Networks and was set to create 100 made-for-TV movies annually for the company’s various network brands. Rosenblatt was also promoted into his current role in May 2020 and previously worked on series such as Schitt’s Creek at Pop.

The promotions and departures were announced in a memo to MTV Entertainment Group staff by McCarthy last week, which was first reported by Variety.

“We would like to thank both Meghan and Justin for their contributions and wish them the very best in their endeavors. Thankfully, both have strong teams who will be integrated into our content group as we align series and movies by genre,” wrote McCarthy.