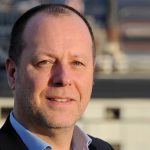 Keshet International, Cineflix Rights and France Télévisions are also involved in a wider CBC initiative that the former described as “a strategic alliance” aimed at creating a network of distribution options for the broadcaster’s French-language shows.

“NW-DCI are thrilled to put their distribution experience and global network to the services of CBC Canada,” Nordic World CEO Espen Huseby and DCI founder and chairman Michel Jay Solomon said in a statement.

“We believe that our longstanding relationships with the international production and distribution communities will be a formidable asset for CBC-Radio Canada.”

DCI bought a stake in Nordic World at the end of October. The two companies are merging their assets to build a production and distribution business with bases in Europe, Asia and the US.

Keshet International and France Télévisions Distribution are among the other sales houses attached to the new CBC development initiative aimed at creating French-language content in Canada. Cineflix Rights is also attached to the project, which Radio-Canada is spearheading.

Each distributor will bring their own international market expertise to local producers and Radio-Canada in a bid to create content that expands works in Canada and further afield. The vendors will also offer production financing.

The initiative is an example of how distributors are working to secure rights to content at an early stage, in some cases deficit financing in order to do so.

“The industry is changing at a very rapid rate and business models need to be adapted on a  daily basis. In this context, we believe that we all need to work together to ensure the quality and diversity of original Canadian content,” said Michel Bissonnette, executive VP of CBC.

Keshet currently has a separate production and distribution agreement with Canadian producer Facet4, which is focused on drama and comedy. It previously had a production joint venture with producer Mark Rubenstein, but this wound down in 2015.