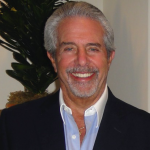 The deal will see Solomon’s Digital Content International (DCI) initially taking a minority stake in the firm, with a view to becoming majority controller.

DCI and Nordic World will merge operations, with the business remaining headquartered in Norway, with other executives based in London and New York, and elsewhere in Europe, plus Australasia, China, Africa and Latin America.

There will also be an LA-based production operation, which will handle the merged entity’s portfolio of projects.

Nordic World was selling new dark comedy format Maniac, which was originally a Nordic show but is being remade for Netflix in the US with Emma Stone and Jonah Hill attached, and season two of NRK and Netflix’s historical comedy Norsemen.

The deal marks the latest chapter in the busy recent history of Nordic World, which Espen Huseby has had 100% control of this since June last year, when he bought out Norwegian commercial broadcaster TV2.

At that point, he said he was talking to industry counterparts “interested in participating in the future growth” of Nordic World, though at the time was not planning to sell equity.

Before the MBO, Nordic World had been up for sale for more than six months after its acquisition of Dutch formats firm Absolutely Independent went sour. Former shareholder TV4 had pulled out for cost-saving reasons before this.

New investor Solomon has worked in entertainment for a number of decades. In 1978, he co-founded Dallas producer Telepictures Corporation in the US, which merged with Lorimar in 1986 to form Lorimar Telepictures.

Warner Bros. then acquired the merged business, making Solomon president of WBITV. There he pushed the studio into territories such as Russia, China and India.

Michael Jay Solomon, founder, Digital Content International
“The old world, where audiences’ choice was limited to local programming and exports from the USA, is gone. Accelerated adoption of digital consumption and the growth of OTT channels give global audiences more programing alternatives. It is therefore crucial for a global player like DCI to partner with companies that have built a strong local foothold but also have the talent, ability and ambition to create content the whole world can enjoy. DCI has found in Espen and NordicWorld exactly such partner.”

Espen Huseby, CEO, Nordic World
“The arrival of Michael Jay Solomon as partner to NordicWorld will bring us huge entertainment business acumen and entrepreneurial experience that will be instrumental in pushing the company into the next phase of growth. The deal will ensure our continued investment in new content and considerably develop the business worldwide as partner of DCI´s global network. DCI has immediate access and established relationships with both Hollywood Studios and independent content providers all over the world.”