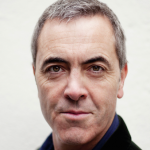 History in the UK will investigate tragic events that changed Britain such as the Grenfell Tower fire in a new six-part series.

Each self-contained episode will deal with a different incident, including this year’s fire at Grenfell Tower in West London, which claimed the lives of many residents and has sparked debate about housing conditions in Britain.

Other eps will look at the deadly 1999 Ladbroke Grove rail crash, the Zeebrugge ferry disaster and Kings Cross fire, both from 1987, and the Piper Alpha oil platform disaster and the Munich air crash, which have their 30th and 60th anniversaries in 2018.

“When confronted with the horrors of Grenfell, or any of the other terrible events explored in the series, it’s impossible to reflect not only on the loss of life and personal tragedies but also on the profound impact on British society as a whole,” said Dan Korn, VP of programming at A+E Networks UK, which is a joint venture between US-based A+E and European pay TV provider Sky.