Show of the week: Domination 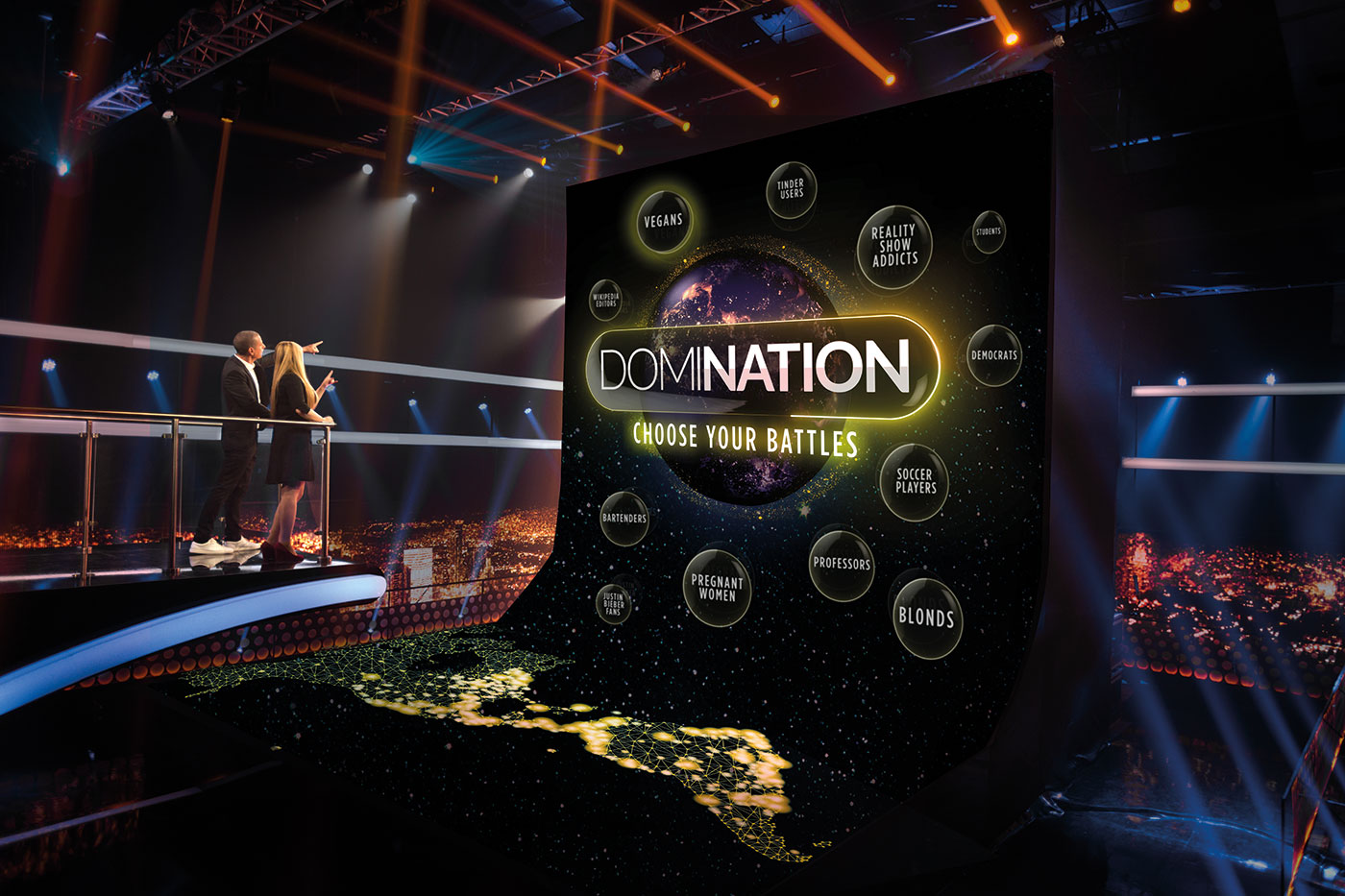 This new gameshow sees contestants take on the nation. Domination maps out the knowledge of 50 different groups from across the country, from professors to vegans, Justin Bieber fans to cab drivers.

“Domination is a scalable game show that enables the whole country to get involved and play along,” says Keren Shahar, COO and distribution chief at Keshet International.

“Based on real surveys of many different strands of society, it is an interesting look at the nation and completely refutes the myths about the knowledge and abilities of different groups.”

The show is pre-recorded (apart from break out segments, which show the stats of the nation’s score in real-time), but has the feel of a live event, according to Shahar.

In each round, the contestant makes two choices, selecting a new group to play against and a new category of trivia questions to answer. Fun and informative statistics are revealed on the groups throughout the game and viewers can play along at home, with the best 50 app players winning a cash prize.

In Israel, Keshet has created a bespoke app for the show through its Mako Play platform, which enables viewers to play along in real time at home against the studio contestant and the nation’s various groups, as well as throughout the week.

Keshet anticipates that the show will appeal to a broad demographic, which makes for primetime family viewing.
Additionally, the digital and playalong elements look to increase its appeal to younger audiences.

Domination will be pitched to a range of international pubcasters in particular, and Shahar says that Keshet is already showing the format to key buyers and potential production partners.

The show: Domination
The producer: Keshet Broadcasting
The channel: Keshet (Israel)
The distributor: Keshet International
The concept: Contestants test niche knowledge of segments of the population