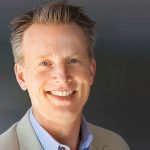 The partnership agreement was described as “multi-year”, and will see the pair look to place MGM unscripted formats such as Steve Harvey’s Funderdome and American Gladiators in Germany.

The pair will coproduce any local commissions from Germany’s broadcasters.

Redseven is part of ProSiebenSat.1-owned Red Arrow Entertainment Group. It produces the German version of formats such as Germany’s Next Top Model (for Prosieben) and Married at First Sight (Sat.1), and created shows such as Sat.1’s Superkids, Superpets and My Man Can.

“Our joint venture with MGM will secure us with additional attractive content for many years to come, allowing us to continue to expand our production output in Germany,” said Redseven managing director Jobst Benthues.