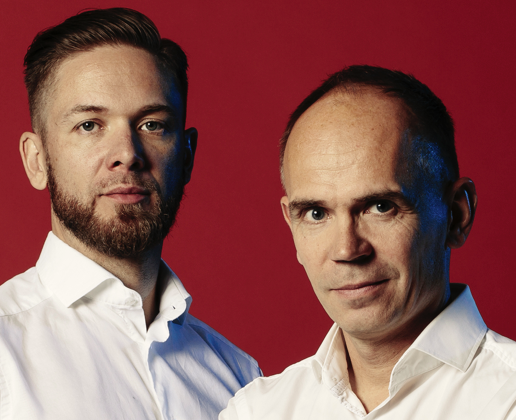 Fire Monkey is billed as “an independent drama development and showrunning company serving broadcasters and studios in the Nordics and internationally”.

As Nice Entertainment Group co-founder Lehtinen told TBI earlier this month, the company will not be an out-and-out drama producer, but will instead focus on development, formats and coproduction services.

Serialised drama will be “the backbone of our craftsmanship”, Lehtinen and Pöllä said in an email distributed to potential clients today. “However, we are open minded and curious towards the rapidly changing world of entertainment,” they added.

News of the business first broke when Lehtinen announced he was stepping down as CEO of Finnish prodco Moskito Television, which he founded. Riina Kullas replaced him at the top of the firm, which is part of Modern Times Groyp-owned Nice Entertainment Group.

Lehtinen (pictured right) also co-founded Nice with private equity firm CapMan, and remained within the firm after MTG purchased the production group in 2013.

He worked with new partner Pöllä on Easy Living (Helppo Elämä) and The Black Widows (Mustat Lesket), which have been remade for the likes of HBO Europe, Viaplay and Televisa. Fire Monkey noted Easy Living, which the pair co-created, was the first Finnish drama to get remakes in all Scandinavian territories.

Pöllä (pictured left) is the co-writer of the Angry Birds Movie and a former creative director of entertainment for Rovio Entertainment, and has created six scripted formats in total. Overall, he has been head writer of more than 100 hours of produced drama.

The pair said the company name was related to the Chinese zodiac, with 2016 being the year of the monkey.