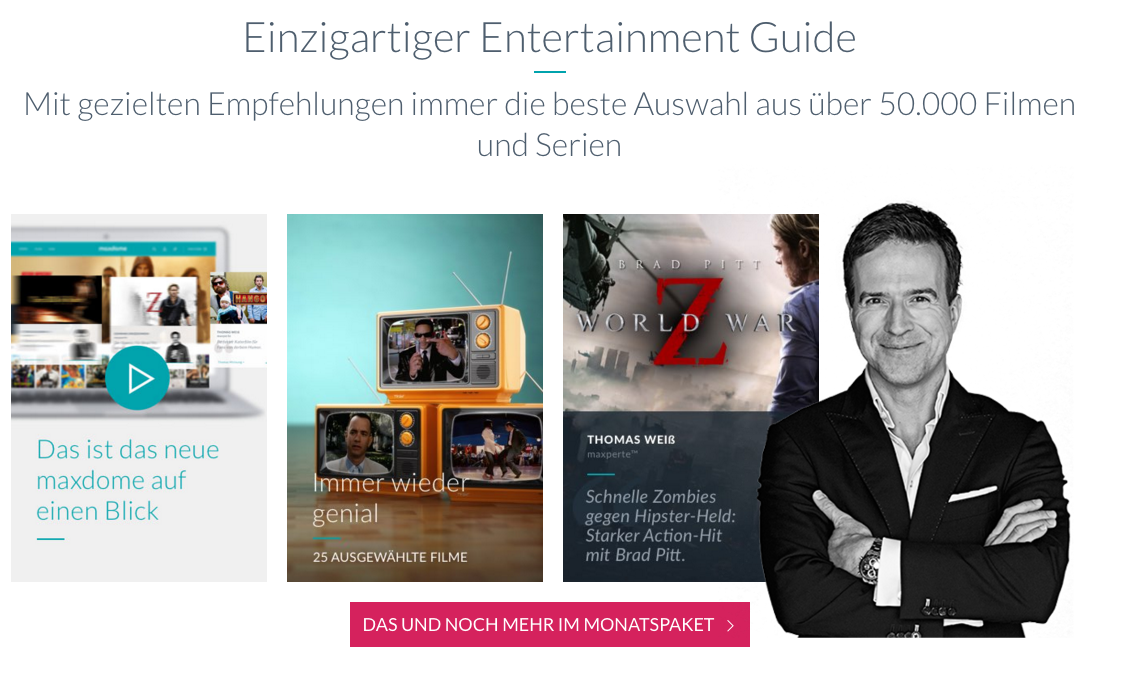 Growing demand for SVOD in Germany will drive growth for ProSiebenSat.1’s Maxdome service, with curation the key to driving use of the service, according to the service’s CEO, Marvin Lange.

Speaking at the OTTtv World Summit this week, Lange said that subscription video-on-demand revenues in Germany will help deliver revenue growth for Maxdome, with the SVOD market expected to grow by 50% between now and 2018 to €575 million (US$626.3 million), rising to €900 million by 2020.

He said that household SVOD penetration, which currently stands at only 11% in Germany, will grow to 25% by 2018, with Maxdome battling it out for a share of the market with Netflix and Amazon. These three are expected to take 95% of the market.

Lange said that SVOD would not be a “winner takes all” market, with many homes taking more than one service. The group expects that 55% of homes will have a minimum of two SVOD services.

Lange said that Maxdome had doubled its subscriber base every year and had kept up with growth in the market as a whole.

He said that the service competed by maximising its reach on different platforms – including, most recently, a deal with Deutsche Bahn, the German state railways company that allows users to bring their own device to watch Maxdome content on-demand while travelling – and above all by differentiating its services through curation of content in line with the expectations of its base.

Lange said that ProSiebenSat.1’s experience in curating content over the years put it in good stead, especially on web and mobile, where Maxdome had seen good uptake.

Maxdome’s parent company is able to feed it some exclusive content with a “lot of exclusives secured through to 2019”, Lange added.

“That is why we are trying to mix in some originals,” he said. One original content format coming up in the near future will be a series of 20-minute short shows, aimed at a younger audience, although Lange said that Maxdome remained focused on a broad mainstream user base.

“We have some millennial focused content but we have to recognise that Netflix is strong in that segment. We have to consider whether we should target that group or look at a slightly older age group,” he said.

Lange said that curation by editorial staff and ‘selected opinion leaders’ – the ‘maxperts’ – was the “secret sauce” to provide effective content discovery, working in tandem with data-driven discovery.

He said that Maxdome had 50,000 titles, making it hard for subscriber to find content that interested them. While algorithms were “flawed” and ratings an insufficient tool on their own, human curation could deliver more sophisticated content suggestions.

Lange said that editorial recommendations had resulted in 70% uplift of take-up of titles from before they were recommended, with uplift on subjective collections amounting to 33%. A ‘Brangelina Break-Up’ set of choices had seen uplift of 1,040%.

Lange said that the SVOD service benefited from the power of ProSiebenSat.1, which secured SVOD rights as part of its overall content acquisition strategy, Maxdome has also sought exclusives as well as locally relevant content to differentiate its offering.