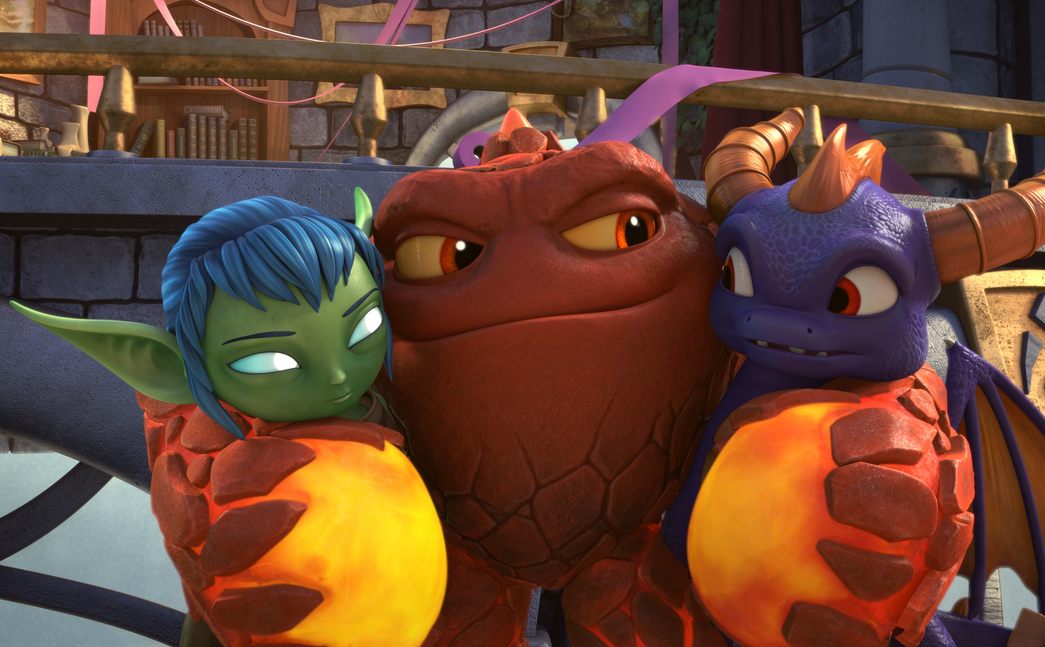 Netflix has ordered a raft of new kids series including an animated Spy Kids series and another based on the Skylanders video game (pictured).

The US streaming service has greenlit new series from Genius Brands, Activision Blizzard, DreamWorks, 41 Entertainment and The Weinstein Company.

Spy Kids: Mission Critical, from TWC, will be a toon series based on the popular Spy Kids live-action movies. Set for 2018, it will follow a brother and sister team as they go through the Spy Kids Academy, a spy school for kids agents.

Based on the Skylanders video game, and from Activision Blizzard, Skylanders Academy, will launch later this year. The animated series will follow a ragtag group of heroes protecting the Skylands universe from evil-doers. Eric Rogers (Futurama) will be the showrunner.

From Andy Heyward’s Genius Brands, Llama Llama is about a llama family and counts Rob Minkoff (The Lion King) among the creative team.

DreamWorks, with whom Netflix has a longstanding programming deal, has a 2017 show for Netflix, Spirit Riding Free, based on the movie Spirit: Stallion of the Cimarron, about a wild mustang.

UK prodco Silvergate has won an order from the US streaming service. It will make Hilda, launching in 2018 and based on the Luke Pearson graphic novels about a fearless blue-haired girl as she travels from her home to the bustling city of Trolberg.

Andy Yeatman, director of global kids content for Netflix said: “This passion for discovering great storytelling extends to what we offer our youngest members, and we’re excited today to announce a lineup of original shows that will bring a number of well-known and beloved characters to kids and families around the globe.”