Sony has confirmed the departure of its TV chief Steve Mosko and unveiled a new structure that sees all of his divisional bosses report direct to Sony Pictures Entertainment CEO Michael Lynton (below, left). 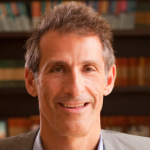 Mosko (right) is leaving the studio after over 20 years and will, Sony said, have a consulting role.

“I want to thank Steve for his many years of service at Sony Pictures Television and for helping to build SPT into the one of the strongest television studios in the business,” said Lynton.

“Steve has overseen some of SPT’s greatest triumphs and I wish him the very best in the next chapter of his career.

SPT will no longer have a dedicated chairman, with the leadership spread among the divisional leaders: Zack Van Amburg and Jamie Erlicht, presidents of programming and production; Andy Kaplan, president of worldwide networks; Keith Le Goy, president of distribution; and Amy Carney, president of advertiser sales and research. 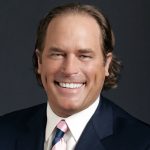 Each of the divisional presidents will report directly to Lynton, who assumed sole control of SPE after the departure of Amy Pascal earlier this year.

SPT said it was streamlining the management structure within SPT and that having its execs report to Lynton would better integrate SPT into the broader SPE business.

“We have incredibly strong leadership within our TV divisions. Zack and Jamie, Andy, Keith and Amy have contributed immeasurably to SPT’s success over the years, and bring the right energy, skill and sophistication to navigate a rapidly changing environment and lead our TV business to even greater heights.”

In related news, another long-serving Sony exec is leaving the studio.