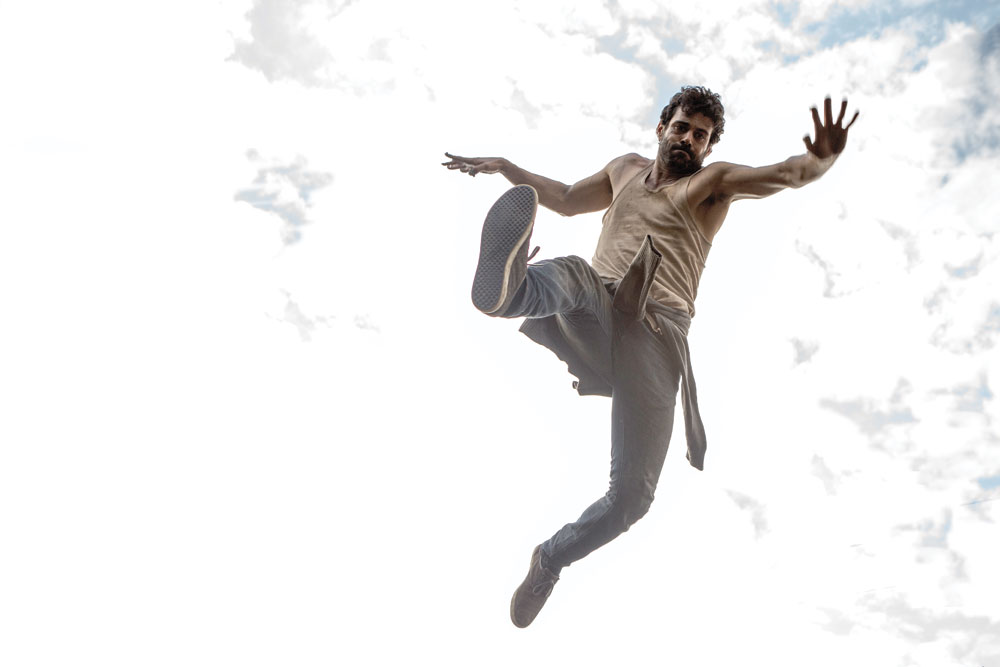 There is a perfect storm brewing, whose gale-force winds suggest that the future of TV is as much about densely packed pixels as it is about great shows. Gary Smith reports

The news in late August that Chinese TV manufacturer Hisense had slashed the prices of its 4K sets to US$750 for the entry-level 40” model, and a very reasonable US$1,050 for the 55” set, was another benchmark  in the growth of an installed base of UHD hardware and services. The tactic led to similar moves from leading Korean manufacturers Samsung and LG. What’s more, satellite operator SES has reserved five channels for UHD services; Insight, a major new general entertainment UHD channel, held its global launch at MIPCOM; and SPI International is also launching Funbox 4K, a worldwide UHD service, in Cannes. In Germany ARD affiliate Hessischer Rundfunk has debuted a UHD service, and in the US, Comcast has declared itself UHD-ready, while Verizon is testing fibre-based delivery of 4K content and programming (see breakout box below).

On the hardware side, things are moving pretty fast, but programme-wise, you most probably won’t be assaulted by great waves of UHD programming this week in Cannes. That said, significant amounts of programming in the format are being produced but most usually finished in HD, because that’s what the market demands right now. And while the bulk of current UHD programming is in the documentary field, dramas, the look of which has been seen only before in movie theatres, are in the pipeline.

Five years ago, the launch of Grand Hotel from Spanish producer Bambu Productions with its sleek, neo-cinematic look, achieved on a relatively low budget, caused a sensation. It was a well-cast show, likened favourably to Downton Abbey, but, initially, it was the look that got people talking. Considering what can be done in terms of sleekness with four or even eight times that pixel density, it is a given that UHD will revolutionise TV drama. It will level the playing field, giving all producers the ability to create series that look as if they were filmed on high-end movie cameras.

Cosmic Pictures’ 4K documentary Jerusalem for iMAX is sold on UHD. Director George Duffield says: “I absolutely believe that UHD is a game changer for the industry. Especially when you start running the cameras at high frame rates such as 60 frames per second. At that point, UHD is almost movie quality, and UHD cameras allowed us to make a show that we simply could not have done if we had only had 70mm movie cameras, because the cameras are relatively light, whereas 70mm cameras are extremely heavy and static.”

Pioneer Productions managing director Kirstie McLure (right) agrees. “UHD absolutely breathes creativity,” she says. “This is a really exciting time for the industry. There’s currently a lot of caution around the format, but we all need to sit up and take notice, and I’m not just talking about documentary makers.

“My guess is that within a year we are going to be seeing significant numbers of drama series being produced in UHD, and at that point the industry is going to see how enhancing it is and just how much of a creative opportunity it is. This is the beginning of a major ‘refresh’ for the whole industry.”

McLure has just been working with the BBC on a yet-to-be-announced 2K docu-drama project, which she now sees very differently

“If that job had come up three months later, I would have insisted that it was done in 4K, especially since I’ve had hands-on experience with Panasonic’s 4K VariCam,” she says. “They are amazing and there are none of the constraints we had with 3D cameras.” Pioneer has recently opened an office in Korea, where UHD is much more common, in order to leverage that country’s greater expertise in the format. “There are several 4K channels broadcasting there already, and technically Korea is very strong in both 4K and CG, so we opened Buzz Media, a joint venture with Pan Media, in order to produce UHD series such as Treasures of the Earth (below) and Mutants That Made Us,” she says.

“What 4K really needs,” says Atlantic Productions CEO and creative director Anthony Geffen, “is a show like Madmen. UHD undoubtedly is a highly exciting creative medium that allows you to capture images in more exciting and better ways, but that’s not what pulls an audience.” Geffen has been working with UHD for the last four years, on projects ranging from a current shoot of the Great Barrier Reef and 16 virtual reality shoots for Oculus Rift. He has also been involved in a filming a drama series in 4K, but cannot reveal full details yet. “What I can say is that the project was shot in 4K as a direct result of the producers seeing our UHD docs, after which they committed straight away.”

Cost are still an issue, but not as much as might be expected given the leap in quality. “Currently filming in 4K is about 20% more expensive, but there are ways to get that down,” says Geffen, “because post-production houses are very keen to show they can work with UHD, so there is some flexibility there.”

“In terms of pure quality, 4K is more than enough detail for viewers,” he adds. “You could argue that it is, effectively, glasses-free 3D, and is a more significant qualitative leap than the move from SD to HD. That said, it isn’t right for every production because up-resing doesn’t work, so a show with a lot of old or stock footage is better off being shot in HD in order to avoid too much of a contrast between old and new images.”

Some of the first UHD dramas to appear on the market come from Colombian broadcaster Caracol, whose last two telenovelas, Fugitives (pictured top) and Soul Sisters, were filmed in 4K.

“Caracol has always been an early adopter,” vice president, international sales, Berta Orozco says. “We were shooting in HD in 2008, considerably earlier then other South American broadcasters. We used feature film lenses and the shows were entirely shot outdoors, but then, ironically, the post-production was in HD, because 4K is still quite hard to place. The market is growing, but I think it will be at least two years before we go straight to clients with a 4K production.” In terms of budget, however, these were not Caracol’s most expensive shows. “Of course 4K is more expensive than HD,” says Orozco. “We chose it partly because we see it as an investment in the future. The HD version of Fugitives has been sold in to 50 territories to date.

One of the main concerns when shooting in UHD is storing the vast amount of data generated, but there is, says Atlantic’s Geffen, a bigger challenge, for sports broadcasters at least: ball judder. “One of the reasons why we’re suddenly not hearing more about the launch of UHD services from companies like Sky is that in sport coverage, the ball judders, so clearly for any company placing a heavy emphasis on exclusive sports coverage as a lure for premium services, it’s back to the drawing board.”

You could reasonably expect bandwidth to be a concern for 4K channels as well, but in the case of both Insight and SPI international, deep links to satellite companies mean that, for the moment at least, carriage cost is not issue, especially as both channels are regarded as UHD evangelists. “SPI’s relationship with Eutelsat is much more than skin deep,” Berk Uziyel, executive director at Filmbox International/Mediabox Broadcasting International, says. “We have 18 channels on the platform and were the first company to broadcast an HD movie channel into central and eastern Europe, so we have worked together for many years. Our 4K channels are regarded as a showcase for the technology, and we have partnered with Eutelsat and TV manufacturer LG to launch our new service. We see 4K as a powerful new trend, especially when you see the numbers of 4K sets being sold. Alongside our satellite delivery, we are also developing a set-top box that we regard as a key to future growth. We have developed a form of encoding that means we can deliver 4K via the internet on a connection of 8MB without any buffering.”

Uziyel believes widespread UHD drama is still some distance away. “Our 4K fight channel is broadcasting, and there’s no shortage of simple programming material like nature docs, music videos and concerts,” he says. “But I think it’ll be at least two years before we see a constant flow of top-quality drama content. We are being very pro-active about this, though, by partnering with both content producers and brand partners to get the supply of high-end dramatic content moving.”

Equally determined to make a splash is UHD broadcaster Insight, part of TERN/General Satellite. The operator is launching HD and UHD channels, plus a non-linear service to India, Russia, and Europe, with Asia and South America to follow. Head of production Marjolein Duermeijer is responsible for commissioning 200 hours of programming. “When we started looking more than a year ago there was pretty much nothing [in 4k],” she admits, adding: “Even now not many companies are producing programming in our broadcast standard. There are now more nature, science and adventure documentaries, but precious little story-telling.”

Having to commission so much material has resulted in a steep learning curve for everyone involved. “The cameras are heavier than HD ones, but they’re getting lighter very quickly,” says Duermeijer. “In terms of storage, we’ve developed our own technology to make our producers’ lives easier when they’re filming in extreme places like the Sahara.

“For the moment we’re focused on factual and entertainment, but we will be commissioning drama as well as soon as Insight is established. We firmly believe that drama in 4K will be really something, but we’re not rushing at it and we’re absolutely determined to stick to productions in 50p. It won’t be long before anything less will simply be a commodity, consequently we believe it’s really important to maintain standards both in the quality of the shows and broadcast standards.”

One of the first shows commissioned by Insight was Around The World in 80 Tricks from Woodcut Media. Joint creative director Derren Lawford takes up the story. “We filmed the show in 4K primarily because that’s what Insight wanted, and what we found is that it’s genuinely exciting for the viewer to see that level of detail,” he says. “On the downside, of course there are the storage issues, and also editing and transcoding rushes take longer. But overall it was a positive experience, and we’re up for more when clients ask for a series in UHD.”

Around The World in 80 Tricks (above) features Magical Bones, a breakdancer and magician who has also danced on tour with both Kylie and Madonna. “He uses street culture and dance to connect with a genuinely multi-cultural audience, and each episode feature a reveal where he demonstrates how to do some of the simpler tricks,” Lawford says.

It is one of a growing number of entertainment and factual shows in UHD. By this time next year, you can be sure drama will also be a 4K staple, too.