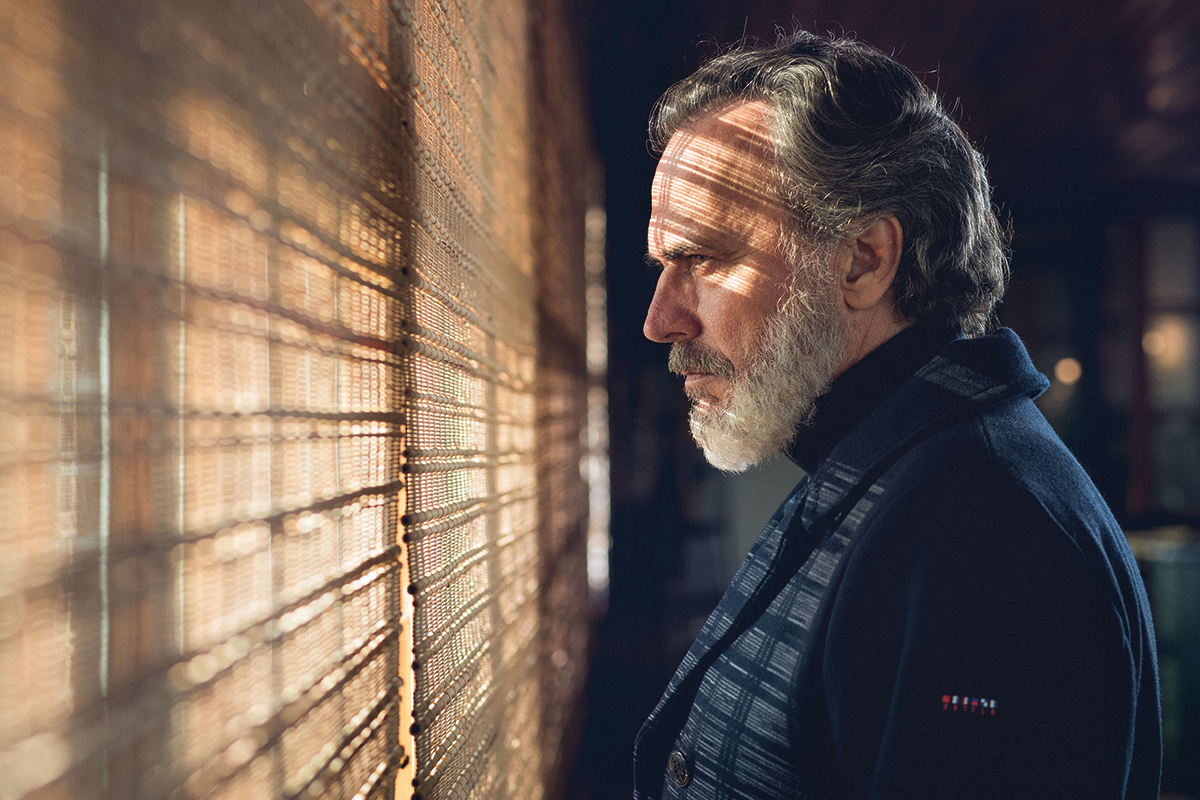 In the linear TV era, not too long ago, Spanish TV broadcasters produced their TV fiction mainly for viewing during the highly competitive local primetime. International sales for series were a secondary source of income.

Now, in an increasingly streaming platform-driven world, as free-to-air TV ratings decline, TV dramas no longer enjoy the huge primetime audiences of before, and are instead licensed to international SVOD players.

As OTT giants build their presence in local markets, with a growing amount of original content produced outside the US, Spanish TV operators are rapidly adapting their TV drama productions to the tastes of global audiences.

Some players, such as private network Atresmedia, are transforming into third-party TV content creators, moving away from their traditional TV distributor role.

Although they compete with TV broadcasters in the search for local viewers, OTTs have become clear allies when it comes to building the Spanish TV drama brand abroad. 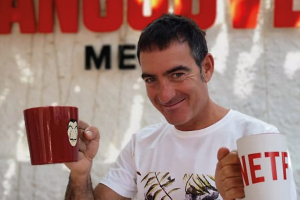 Created by Alex Pina (right), La Casa de Papel (Money Heist), one of the most-watched non-English-language TV series on Netflix, highlights some of these changes.

Designed as a 15-episode, one season series, La Casa de Papel was produced by Atresmedia with Pina’s Vancouver Media. The heist thriller aired on Atresmedia core channel Antena 3 last year in two parts. In May-June, it scored a 16.6% audience share but fell to 11.1% when aired in Oct-Nov, under Antena 3’s 12.2% average share, according to TV analysis company Geca.

However, there is a second life on the pay TV/SVOD market for series initially launched on free-to-air, as new operators recoup well-known TV brands with a solid audience-base, that have been discarded by broadcasters.

Available from December on Netflix, La Casa de Papel became a global phenomenon, probably the most important in Spanish TV fiction history on the international market. Then, the streaming giant signed a licensing agreement with Atresmedia, which allowed Netflix and Vancouver to produce the series’ third part, to be released worldwide next year, exclusively on Netflix.

The moves suggests how new pay TV/SVOD players are taking advantage of the strength of conventional TV.

Launched in January to create and design exclusive TV fiction content for both new TV operators, and new distribution and exhibition platforms at home and abroad, Atresmedia Studios kicked-off teaming with Vancouver Media to produce El Embarcadero (The Pier), a TV series commissioned by telco giant Telefonica’s Movistar +, and a Beta Film pickup to world premiere at MIPCOM 2018.

A romantic drama-thriller set in Valencia’s Albufera National Park, El Embarcadero marks the start of a new period in Spanish fiction, where free-to-air and pay TV operators jointly tackle production alliances for the biggest budget series. The aim is to play in the same league as leading TV drama productions.

“International TV platforms have made the Spanish TV series accessible to a much wider market, which has discovered them and has liked them,” says Atresmedia Studios CEO, Ignacio Corrales. 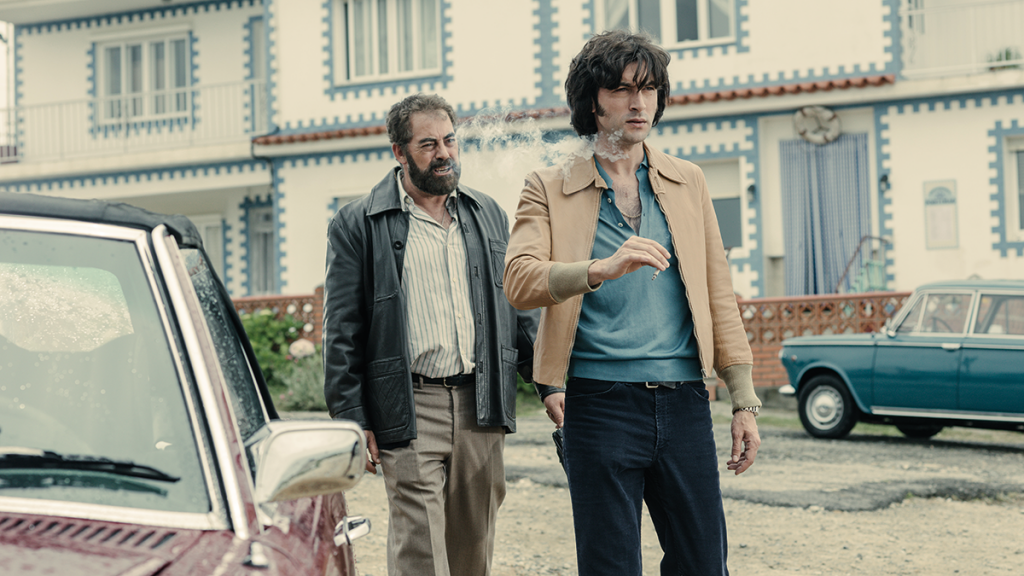 The close Atresmedia-Netflix relationship consolidated in July with a preferential deal that allowed the streaming giant to release exclusively for the global market recent primetime hits such as Bambú narco-thriller, Fariña (above), and Diagonal TV epic drama, La Catedral del Mar.

In a further step to adapt to both new TV drama consumption and international TV platforms, Atresmedia has started to cut the running time of all its new series from 70 to 50 minutes per episode, a long-term demand from both independent producers and international buyers.

Mediaset España, Spain’s leading broadcast network, is also expanding its activity to produce exclusive TV series in partnership with international players. Via its co-owned outfit, Alea Media, Mediaset España is at present developing TV drama Patria for HBO España, an adaptation of Fernando Aramburu’s bestselling novel of the same name, with Alea founder Aitor Gabilondo, as both writer and producer.

With El Príncipe’s José Coronado and Alex González in the lead roles, Vivir Sin Permiso (pictured, top) is scheduled to launch on Mediaset España’s core channel Telecinco by the end of the summer.

Gabilondo considers Vivir Sin Permiso more of a family saga than a narco-style series. “Its distinguishing element is the fact that the main character has Alzheimers. I found it very interesting to apply it to an evil character,” the showrunner explained at Conecta Fiction.

The Gabilondo-Mediaset alliance enhances another feature of the current fast-changing TV landscape: the growing interest of big TV drama houses in tying down key creative talent.

Javier Olivares, co-creator TV dramas Isabel and The Department of Time, inked a deal in January with Mediapro-Globomedia to develop new fiction projects. This is part of Mediapro’s plans to tap high-profile TV creators to strengthen its position as a global production company.

Although developing two TV drama projects for Globomedia, Olivares’ most immediate production would be a TV series adaptation of the classic Alfred Hitchcock movie, To Catch a Thief, for Viacom, fruit of a pre-Mediapro agreement.

“Since 2000, the art that shows how we really live in society is TV series,” Olivares said during a masterclass at Conecta.

Weekend Studio, a Madrid-based company launched in 2017 by producer Tomás Cimadevilla and director Jorge Iglesias, has as its goal the discovery of big talents and providing them with the tools necessary for creating upscale series.

That has already happened with Hache, a ‘1960s Barcelona-set heroin trafficking drama, based on a true story, created and written by Verónica Fernández (Velvet Collection), and produced by Weekend Studio for Netflix.

“Talent is the main key. For us, the creator has to be the creative motor of every project,” Cimadevilla explains.

The biggest move to date in terms of international talent hunting for TV drama came in July, when Netflix agreed with La Casa de Papel’s Alex Pina to produce new series exclusively for Netflix. Beyond La Casa de Papel part three, Pina is preparing for the OTT giant Sky, Rojo, a female action drama slated to go into production in 2019, as well as White Lines, about the investigation of the disappearance of a legendary Manchester DJ in Ibiza.

“Series are becoming one of the most important cultural movements ever. The possibility of reaching the most remote corner of the planet and building a world where content of all languages can travel globally, is part of the dream of thousands of creatives from around the world,” Pina says.

A driving force behind the current effervescence of the Spanish TV fiction industry, Telefonica’s Movistar+, Spain’s leading pay TV operator, kicked off in 2016 one of the biggest bets on scripted content production in Europe ever, with a yearly investment commitment of E70 million in series production.

Telefonica’s global partnership with Netflix, unveiled in May, making Netflix available to Movistar+ subscribers in Spain and Latin America from year’s end, confirmed the determination of Movistar+ to become a leading player in original content production as well as distribution. The big question is whether both TV players will end up extending their alliance to TV drama production.

Hierro, Movistar+’s first internationally co-produced TV drama, represents a new model for the paybox, which “guarantees access to relevant markets from the very beginning,” according to Movistar+ head of business affairs, Ismael Calleja.

Facilitating co-production networking is one of the great advantages Conecta Fiction puts on the table for international TV drama sector.

According to Geca, Spain produced six dramas in 2014 and 14 in 2017. The figures should rise even more this year as Movistar+ is in its first full annual slate of one fiction series a month. Atresmedia Studios’ potential clients will be looking to produce 50% more drama series in 2019 than the current year, says Ignacio Corrales.

The future looks even rosier than the present for the Spanish TV drama sector.