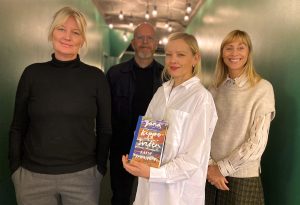 Banijay’s scripted label Filmlance is to develop a drama based on the Jana Kippo crime trilogy after acquiring the TV rights to Swedish author Karin Smirnoff’s novels.

The project is being produced by Anna Wallmark (Top Dog) at the Swedish prodco, along with Teresa Alldén and Olof Spaak.

The story follows the character of Kippo, who returns to her childhood home to help get her alcoholic twin brother’s life in order. The pair share a common childhood trauma and a mysterious death in the village begins to take a heavy toll.

Filmlance’s CEO Hanne Palmquist described the project as a “unique story of love, betrayal, revenge and lust” which “contains everything needed to create a gripping, exciting and constantly surprising drama.” 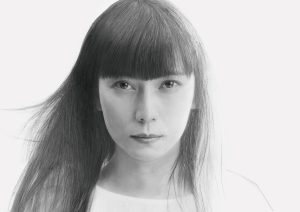 Japan’s Nippon TV is launching a new scripted format, A Girl Of 35, at this week’s ATF Online.

The hour-long drama, which is currently airing on Nippon TV in Japan, comes from the same creators as I’m Mita, Your Housekeeper. It will be shown to international buyers at the online market, which kicks off tomorrow.

“We quickly realised that ATF was the perfect occasion in which to launch A Girl Of 35, as our scripted formats have had much success in the Asian region,” explained Sayako Aoki, manager, international business development, at Nippon TV, who said that the show had “a strong message of hope and realisation of not taking everything in life for granted.” 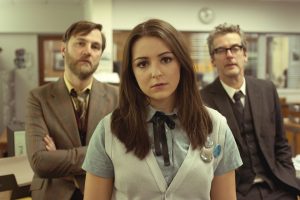 Scottish VOD platform STV Player has signed a deal with All3Media International to add 1,000 hours of new content over a two year period.

The first batch will go live before February 2021 and offer a boost to STV’s drama offering, with titles including Ultimate Force, Field Of Blood and Wild At Heart, as well as shows aimed at a younger audience such as Chrisley Knows Best and Undercover Princes and Princesses.

“We’ve swiftly built an impressive catalogue of high quality content to rival VOD services across the UK. Our partnership with All3Media International will bolster our content across genres, enabling us to explore and release large parts of their catalogue over a 24-month period, constantly refreshing our Player-only offering,” said Richard Williams, MD of digital at STV.