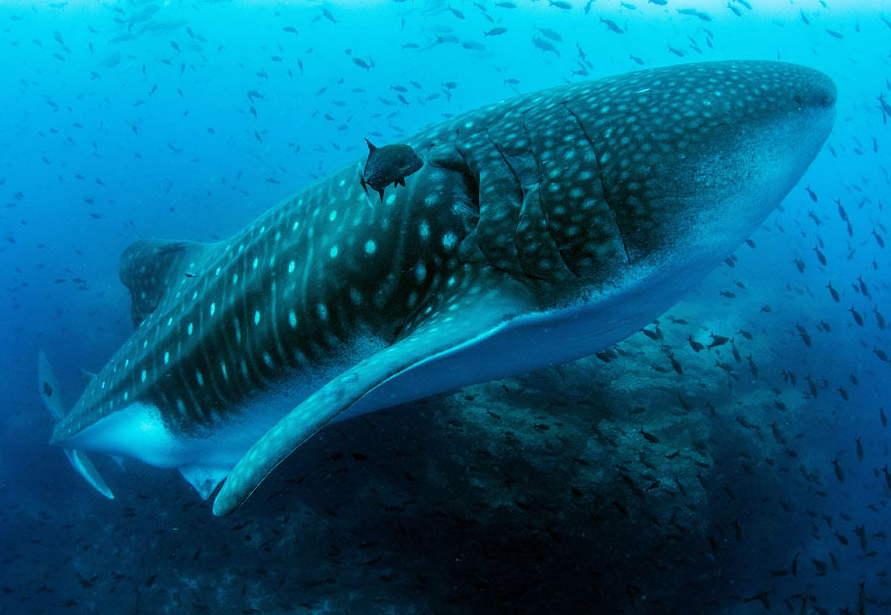 After Blue Planet II’s record breaking ratings for its premiere, is it fair to say that the series is already more popular than its predecessor? Parrot Analytics exclusively analyses the stats for TBI.

Blue Planet II’s premiere ratings were higher than its predecssor Planet Earth II’s ratings a year ago. Blue Planet drew in 14.1 million viewers in the UK, while Planet Earth II commanded 9.2 million during its premiere, but there are a range of factors for this, says Parrot Analytics.

While Blue PlanetII has hit ratings records for the year, and made it the most-watched natural history programme of the past 15 years in the UK, a different picture is revealed when you plot pre- and post-release demand. 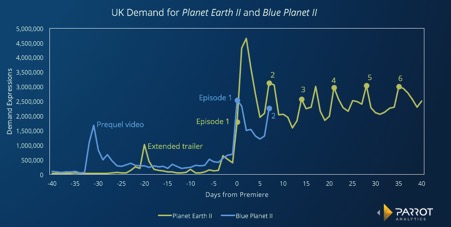 Looking solely at the pre-release and premiere demand, it is possible to see why Blue Planet II has made such an impact. A prequel video for Blue Planet II had 63% more demand than the extended trailer for Planet Earth II and resulted in the former having over twice the average popularity of Planet Earth before the premiere.

However, the post-release demand patterns suggest that Planet Earth II will remain the most popular nature documentary overall. Demand for Planet Earth II peaked at nearly twice the maximum demand for Blue Planet II, and the second episode was 37% more in-demand for the older series.

After the high pre-release demand for Blue Planet II, this post-release demand trend looks disappointing. Perhaps viewers were not as enamored by fanged fish as they were by swimming sloths? In fact, it is typical for new shows to decrease in demand between the premiere and second episodes.

Planet Earth II’s trajectory is much more unusual and more akin to hits like Game of Thrones than to normal series. While many reasons for this difference may exist, we can hypothesize that a major component of Planet Earth II’s breakout success was the viral spread of its iguanas vs. snakes segment.

The thrilling video currently has over twelve million views and was a hit on social media after Planet Earth’s first episode, leading to its massive increase in demand. The clip may have introduced the show to a wider audience, as all the following episodes had more demand than the premiere. In today’s multiplatform world, a show needs to be popular on TV, streaming platforms, social media, etc. to be considered a true hit.

What does this result mean for the future of Blue Planet II? With six episodes yet to air, there is still time for a segment to go viral and increase demand for the rest of the series. Or perhaps old-fashioned word-of-mouth popularity will spread, increasing demand more gradually. It may all change as the series continues.