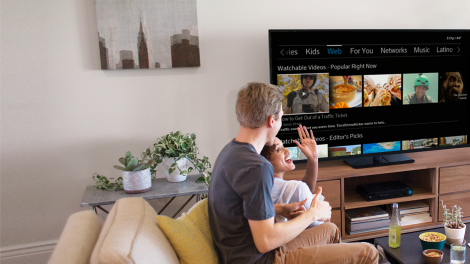 US media giant Comcast has launched its ‘YouTube killer’, Watchable, a streaming site that debuts with videos from around 30 partners.

Ad-funded Watchable has gone live in beta, with Comcast describing it as “a new, cross-platform video service that curates a selection of the best content from popular online video networks and shows in an easy-to-use experience”.

The platform, which has been rumoured for months, has been billed as Comcast’s answer to Google’s domination of the ad-funded online content space through its ownership of market-leading video site YouTube.

This means popular YouTube channels such as The Young Turks, Day of Gluttony, SMOSH and Clevver will be available via iOS devices, watchable.com, and to Comcast’s X1 platform.

The content will be organised into categories such as Auto, Entertainment, Fashion & Style, Food & Travel, Funny, Gaming, Music, News, Science & Technology and Sports.

“We think Watchable can be a unique place that curates and distributes the best content from some of the most recognised brands and producers on the web,” said Comcast Cable’s chief business development officer Sam Schwartz.

“Plus, many of our Watchable partners have not traditionally had distribution on the TV and we can give them a path to reach new audiences and further monetise their content on the biggest screen in the home.

He added Comcast would “continue to make investments in new media” going forwards.