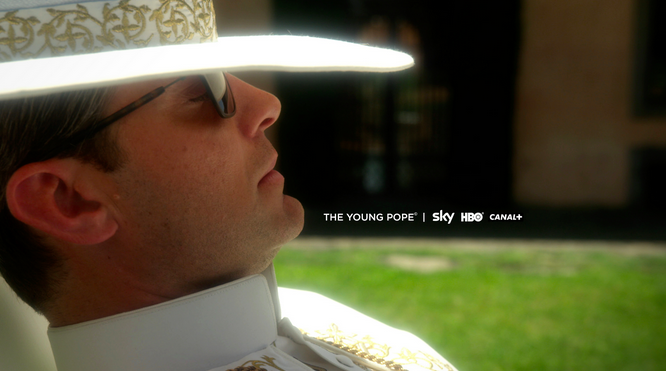 FremantleMedia has paid an undisclosed amount for a 62.5% stake in Italian drama house Wildside.

The prodco is currently producing the upcoming Sky and HBO drama The Young Pope, the first picture of which was released yesterday (see above).

UK-headquartered FremantleMedia has the option to buy the rest of Wildside, which produces television and feature film drama, in the future.

FremantleMedia’s sales arm, FremantleMedia International, has distribution rights to The Young Pope, which stars Jude Law and Diane Keaton, in non-partner territories. The show is set to launch in US on HBO and on Sky territories – the UK, Ireland, Italy and Germany – in Europe.

Wildside is also known for producing the local version of HBO drama format In Treatment for Sky Italia and a recent critical hit, mafia-themed drama 1992. The firm also has a cinema-focused arm that’s behind movies such as The Solitude of Prime Numbers.

Tellingly, Mieli has been managing director of FremantleMedia Italy since 2010, a role he holds concurrently with his duties at Wildside. He continues to hold that role following the deal.

“This is a key strategic acquisition for FremantleMedia as we continue to strengthen our prime-time scripted presence,” said FremantleMedia CEO Cecile Frot-Coutaz. “Wildside is fast becoming one of Europe’s most sought after drama producers and will complement our existing prime-time drama businesses in the US, Germany, Scandinavia, the Netherlands, Australia and the UK.

“The team have an impressive track record of attracting world class creative talent and delivering award winning drama so I’m really excited that they are joining our family of production companies.”