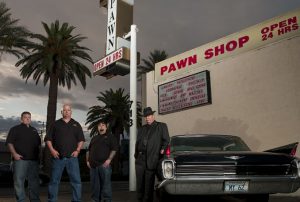 There will be local versions of hit reality format Pawn Stars after the A&E and History channels in Australia and South Africa commissioned series.

History UK has also ordered a second season of its local version of the show, which follows larger than life characters working in the pawn shop business.

The show was created by Leftfield Pictures, which is now part of ITV’s content arm, ITV Studios. It produces the US and UK versions of the hit series and will make the Australian version.

Pawn Stars Australia will debut on A&E Australia in 2015.

The South African Pawn Stars marks the History channel’s first local commission in the territory. Pawn Stars South Africa will be set in a pawn shop in Johannesburg and go out on the cable net later this year.

Sean Cohan, executive VP, International, A+E Networks said: “Pawn Stars and its local versions have been big hits globally and we are excited to bring more formats to new markets.  It is rewarding to build on our successful partnership with Leftfield to bring Pawn’s characters, places, and objects to life.”