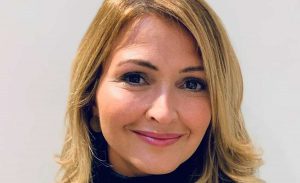 She was most recently director of development and executive producer at Fulwell 73, where she oversaw all unscripted development in the UK and US, with credits on An Audience With Adele for ITV, Amazon Prime Video’s The One That Got Away and Encanto At The Hollywood Bowl for Disney+.

She previously was head of development for Entertainment One-owned Whizz Kid, where she worked on MTV’s Ex On The Beach and Lip Sync Battle for Channel 5 in the UK.

Initial’s slate includes The Singles’ Table for ITVBe, The Games for ITV and Beauty & The Geek for Discovery+, with ITV2’s revival of Big Brother in the works for later this year. The prodco is overseen by Natalka Znak, who was named CEO of Remarkable Entertainment, Initial and Znak in late 2021, with Claire O’Donohoe holding the chief creative officer role at the three companies.