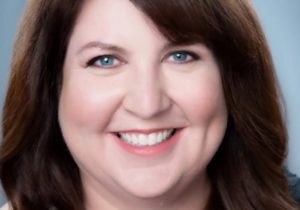 Hallmark Media in the US has hired Disney exec Kelly Garrett as VP of development.

In her new role, Garrett will develop the company’s holiday programming, including sourcing material and leading projects from development and through production.

Based in Hallmark Media’s office in Studio City, California, Garrett will report to Samantha DiPippo, SVP of development.

Garrett arrives at Hallmark Media after more than 14 years at Disney, most recently as executive director of original programming. During her time at the Mouse House, she oversaw projects including The Thing About Harry, Ghosting: The Spirit Of Christmas and Lovestruck: The Musical. She also worked on Freeform titles including Good Trouble, Cruel Summer and Switched At Birth.

“Kelly is a huge fan of our brand and understands the spirit and emotional tenor of our holiday programming,” said DiPippo. “Her enthusiasm for Hallmark content and her extensive experience in family programming make her the perfect candidate for this role.”