Netflix, HBO Max and other streamers operating across Europe could see their content quotas being overhauled after the European Commission (EC) began preparatory moves to explore what constitutes ‘European’ programming, TBI has learned.

Regulations first proposed in 2018 and enacted last year mean streamers must ensure a minimum of 30% of TV series and films on their services are European in origin.

However, there are now signs that a deeper exploration into what content qualifies as being ‘European’ is in the works, potentially meaning that shows from countries outside of the European Union (EU) – such as the UK, Switzerland, Norway and Turkey – would no longer count on streamer quotas.

TBI understands that questionnaires have been sent from the European Commission to countries across Europe asking regulators to provide a breakdown of EU origin programming, a move that could then kick off a broader review.

“For us, that is a dangerous move,” said Daniel Friedlander, head of the European VOD Coalition, a trade body set up a year ago that represents companies operating in VOD, including Netflix, Paramount, Sky, Viaplay and Pickbox. 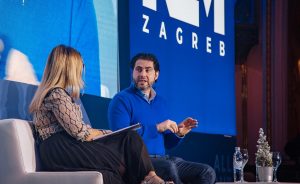 Speaking at NEM Zagreb, Friedlander – also head of Sky’s EU office and European affairs director – added: “Once you start removing countries then, yes, it could be UK shows but it could also be Serbian content, Swiss programming, series from Ukraine or Norway, possibly. You enter a very protectionist situation when we should really be bringing people together.”

Friedlander, who was speaking in Zagreb on behalf of the VOD Coalition, continued: “How can you plan for your productions – buying, selling or coproducing – if you are not sure if working with that partner will mean you’re making European Content or not?

“At a time when the sector needs stability and increased cooperation, doing this would be very dangerous,” the exec said, speaking at NEM Zagreb.

Changes are not imminent – any adjustment would likely not come to fruition before 2025 at the earliest – but Friedlander said that the early moves to explore the breakdown of EU shows signalled that the issue had moved from something being talked about to something that had begun.

“The reality is that next year, there will likely be a big political push to change these definitions. We need to work together to push against this,” Friedlander said, arguing that the proposals, which are supported by countries including France, would be detrimental to producers across the continent.

“Unfortunately, it is a natural counter-reaction from Brexit – that is, if the UK wants to leave Europe, why should UK content be counted as European. And I understand why,” he said, but added any changes could have a great impact on swathes of the industry, including coproductions.

Streamer regulation has been a hot topic over the past year, with France leading the way in implementing the European Audiovisual Media Service directive into law. Its implementation means global SVOD platforms in the country must invest 20% of their French revenues into local production, split 80/20 between TV fare and theatrical films.

Elsewhere, Denmark has implemented a controversial 6% streamer levy and other countries have been watching European developments closely, with Canada among a swathe of governments looking to shift the regulatory framework for streamers.