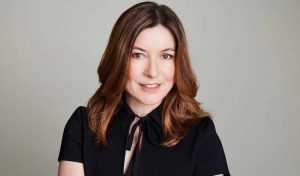 She will work with Disney+ execs around the world to expand the reach of the service, which is launching an ad-supported offering in early December.

Her remit includes working to support the streamer across Disney’s operations as well as taking oversight of its content, with Disney+ toppers in Canada, EMEA, Lat Am and Asia Pac now reporting into the exec.

Bowen was most recently EVP of global business operations for Disney Streaming, with similar oversight of content across Disney+, Star, Hulu and ESPN+.

In her new role, she reports into Michael Paull, president of direct to consumer for Disney Media Entertainment & Distribution, who had previously overseen Disney+.

Paull said: [Bowen] possesses a rare and valuable combination of deep institutional knowledge, forward-thinking innovation and global vision rooted in a strong focus on our consumer, which is perfectly suited for this critical role and I am confident that she will have an immediate and positive impact on the business.”

Bowen joined Disney in 2017 as SVP of digital media, having previously worked for News Corp Australia and Thomson Reuters.