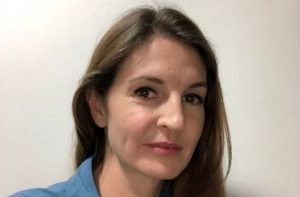 Wales-based Yeti Television has hired Inside the Ritz Hotel development exec Llinos Griffiths to work across its output.

Griffiths will take up the role of development executive at Yeti and is tasked with creating Welsh-made formats to export globally. The company’s latest commission was CBS Reality show, The Truth About My Murder.

She has previously worked on UK shows including 10 Years Younger In 10 Days for Channel 5 and Escape for Channel 4, as well as aforementioned Inside The Ritz Hotel for ITV.

Griffiths also had a stint working across the BBC’s global channel brands and worked on shows including The Survivors, The Great South African Bake Off and Wild Things With Dominic Monoghan.

Sian Price, creative director at Yeti, said: “Over the past few years, Yeti has built a reputation for creating and producing popular programmes, documentaries, formats, and non-scripted shows that audiences have loved.

“As we grow as a company and expand into new genres like true crime, we’re looking at how we can continue to build a team that will really supercharge our slate and build on the great success we’ve already had.”