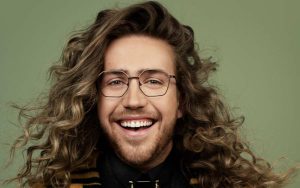 The first commission to come out of Netflix’s nascent Canadian HQ has been revealed as a Mathieu Dufour comedy special.

Dufour’s stand-up was shot last weekend as part of the Just For Laughs Montréal event and will become available on the global streamer at a yet-to-be confirmed date.

Netflix’s Canadian office is led by execs Tara Woodbury and Danielle Woodrow, who took to the stage at BANFF last month to talk up the streamer’s rights flexibility in the country.

Woodbury, who was named manager of Canada Series earlier this year, said: “Math is a unique comedic voice and a perfect example of the amazing talent in Quebec. We can’t wait to introduce his original wit and humour to our members around the world.”

Dufour added: “The taping of the show was confirmed barely a month ago and it is amazing how quickly everyone involved has come together so that we can all be a part of this amazing opportunity.”