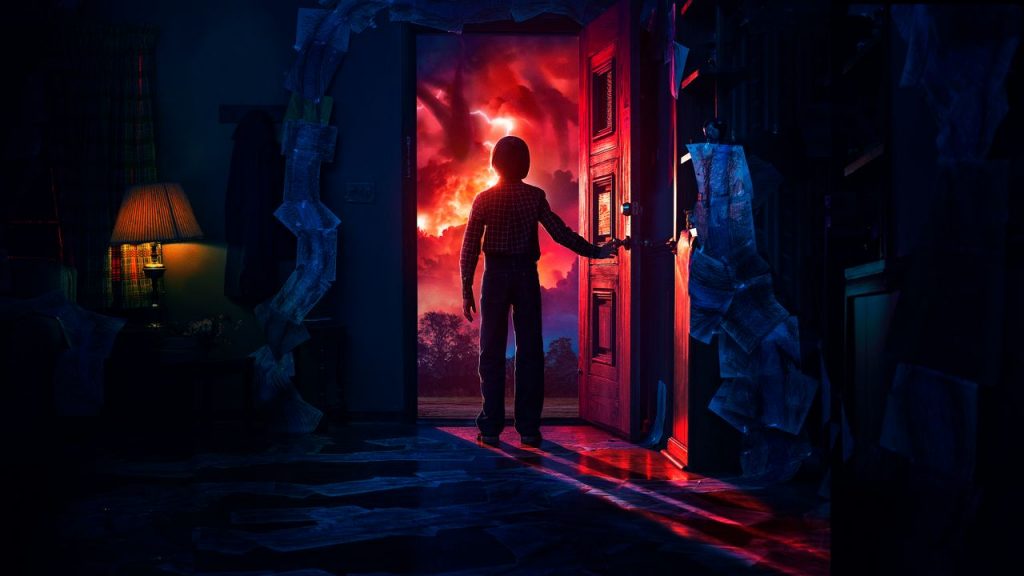 Netflix hit Stranger Things returned for a much-anticipated fourth season in May and, according to its own data, the streamer’s subscribers thought it was well worth the three-year wait. But what lies beneath the headlines, asks Omdia’s Matthew Evenson.

Following the industry’s reaction to Netflix’s decline in subscriptions in Q1 of 2022, all eyes were on the long-expected return of sci-fi series Stranger Things to give the streamer a much-needed boost. This fourth season of Stranger Things was almost guaranteed to supersede the second season of Bridgerton at the top of Netflix’s all-time top 10 most popular English-language seasons.

Since late 2021, Netflix has determined the all-time top 10 most popular English language seasons by counting the total number of hours viewed of a season within its first 28 days on the service and now lists these on a dedicated top-10 website.

However, as with the recent final seasons of Ozark and Money Heist, Netflix opted to release the fourth season of Stranger Things in two parts: the first seven episodes premiered on 27 May, and the final two were released on 1 July.

Methodology in the madness

Before we begin, it’s worth delving into some of the intricacies of Netflix’s counting methods. For split season shows, Netflix counts viewing of each group of episodes within 28 days of each part’s respective release date; it does not count viewing of part one’s episodes in part two’s 28-day period.

Irrespective of the motives behind this decision, it has allowed the show to reach even greater heights. If all of the season’s episodes had been released at once, viewers would’ve needed to watch over 27 minutes on average each day to watch all available episodes within 28 days.

There will have been particularly voracious fans who would’ve watched all nine episodes within 28 days, but more of the viewing from more-casual viewers will have been captured under this new strategy because of the methodology behind Netflix’s calculations.

The seven episodes of part one of Stranger Things’ fourth season amassed more than 930 million hours in their 28-day period, which already made it Netflix’s most watched English language original TV series. But when one of the primary purposes of reporting this data is to bring even more viewers to one of Netflix’s most popular shows, big numbers are good but bigger numbers are even better. Adding the 336 million hours of viewing of the final two episodes in their first 10 days brings the season’s overall total, at time of writing, to well over 1.26 billion hours.

At the end of the day, these big numbers are just big numbers. They are almost too large to truly comprehend (1.15 billion hours is equivalent to nearly 145,000 years) without any additional context and primarily allow Netflix to further champion its successes.

Omdia’s report Netflix and Content Strategy: Charting the Strategic Path to Streaming Leader and Beyond discussed how Netflix needs to cultivate hits that inspire passion among its subscribers. And while Stranger Things was already a hit prior to this latest season, Netflix’s data demonstrates how splitting the season in two has sustained the demand for the show’s earlier seasons during this period.

The graph above shows viewing of those first three seasons during the release of the fourth season’s two parts. More than 84 million hours of seasons 1–3 were viewed in the week ending 29 May (part one of season four was released on 27 May). Unsurprisingly, this number jumped 114% to over 180 million hours in the week ending 5 June as the show roared to the forefront of the collective public consciousness.

Some of these hours will be from repeat viewing by superfans of the show, but the prominence of Stranger Things, both on the Netflix platform and in the wider media, will have drawn new viewers to the show and may have encouraged anyone who had only watched some of the older episodes to catch up to the most recent ones. Both the new and older seasons of the show will eventually drop out of Netflix’s weekly top-10 reporting (on average, the cutoff point is between 12 and 13 million weekly viewed hours). However, splitting the season has effectively created a second wave in the viewing of older seasons that will sustain a higher level of interest in the show for longer.

Matt Evenson is research analyst for media & entertainment at research powerhouse Omdia, which is part of Informa, as is TBI. He covers the pay-TV and online video markets in Eastern Europe, and researches content strategies for global companies. This article is taken from his analyst opinion ‘Splitting the season in two helps Stranger Things 4 run up that hill to 1 billion viewed hours’ here.