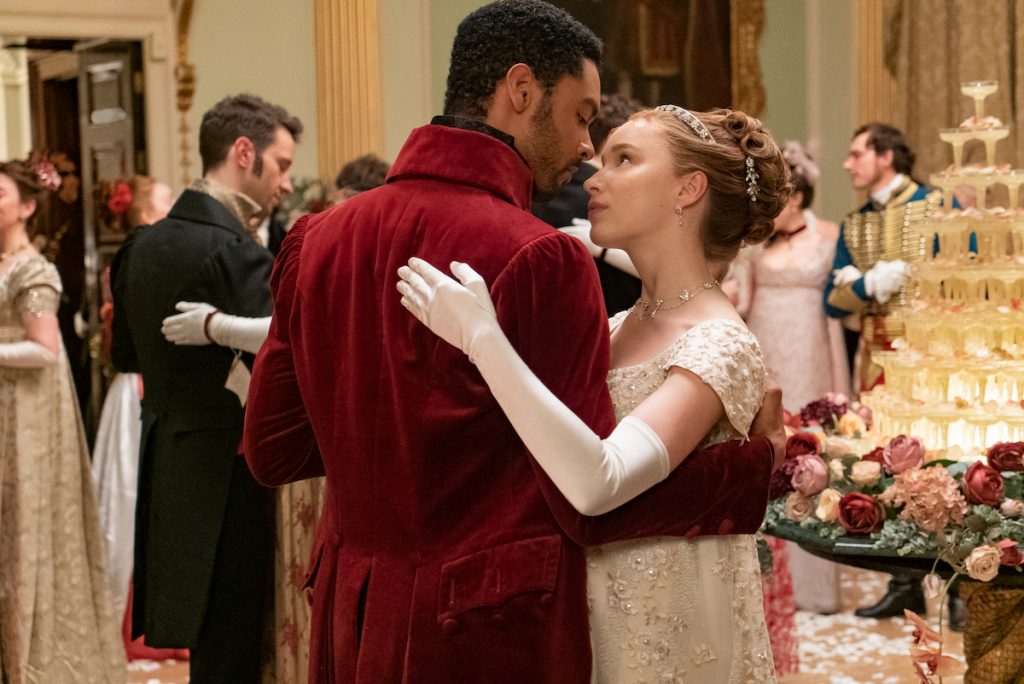 With Netflix’s latest earnings report due next week, Matthew Evenson, research analyst at Omdia, delves into the new revenue streams that the global platform is exploring after its much-publicised subscriber losses.

The rate of growth for Netflix’s subscription numbers has been slowing down for years, particularly in long-established markets. Its achievements as an online video pioneer have long been celebrated – and continue to be lauded – but this recent change of emphasis has shifted the spotlight onto the company’s long-term outlook.

It was no surprise therefore that when Netflix reported a loss of some 203,000 net subscriptions in 1Q22 (equivalent to only 0.092% of its subscription base) there was exaggerated press coverage.

Omdia’s data (see graph below) shows that subscriptions in the US and Canada have been growing at the slowest rate of Netflix’s four reported regions, which is understandable because it is the region in which Netflix has been present the longest and is also the region with the most subscriptions (over 75 million), with just 0.3% growth (some 195,000 subscriptions) in the 12-month period to 1Q22.

In April 2022, Netflix announced its intentions to introduce ad-supported streaming options for the first time. Subsequent unconfirmed reports suggest that the streamer is trying to introduce these options by the end of 2022. The company has also revealed additional information on its tests and future intentions to reduce out-of-household account sharing to bring in additional revenue from consumers who are watching Netflix but not directly paying for it themselves. The long-running challenge with reducing account sharing is determining how many of these consumers would opt to pay for a subscription if forced to and how many would simply turn their back on Netflix altogether. 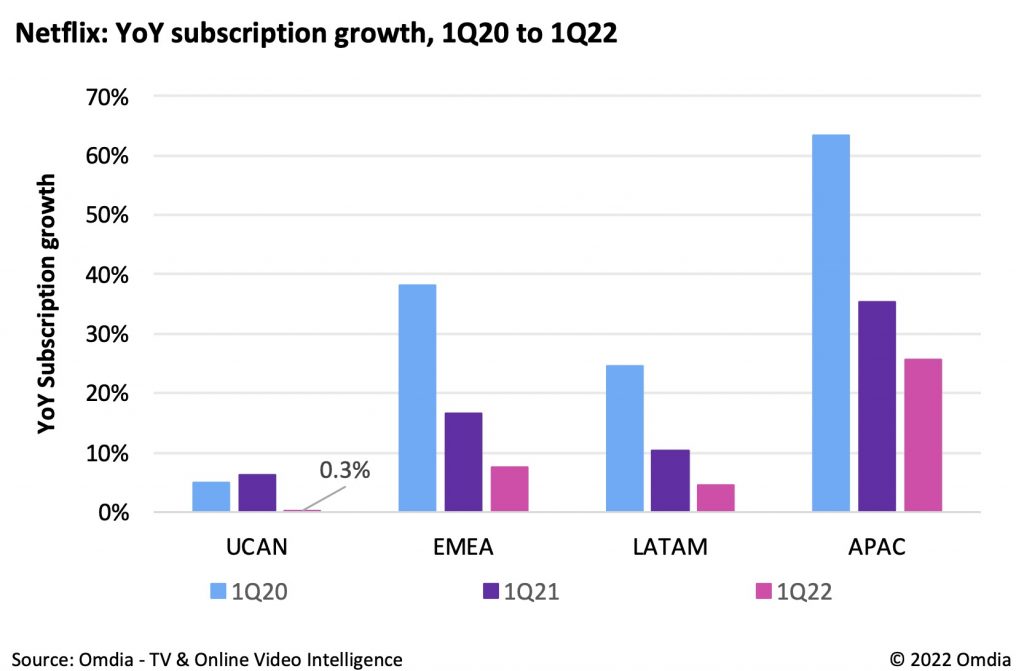 These solutions will require time to not only implement, but to also then influence Netflix’s subscription and revenue totals. However, the company has been working on other solutions to try and increase engagement with its consumers to potentially bring in new revenue outside of streaming subscriptions.

Games has risen up its agenda. A small collection of games, including two Stranger Things titles, were added to its platform for all subscribers in November 2021. It has also acquired Night School Studio, Next Games, and Boss Fight Studios to further develop its gaming products. In June 2021, the Netflix.shop merchandise store launched selling clothing, accessories, and art inspired by popular titles. Netflix has also introduced large-scale live-event experiences based on Stranger Things and Bridgerton, while 2021’s virtual fan event TUDUM could be expanded to include a physical convention element in the future. Some of its original films (Red Notice, Army Of The Dead) have been released in theaters ahead of their streaming availability.

The impact these measures have on its subscription base will be kept under review and adapted according to outcomes. Although it is clear that its years of big subscription spikes are in the past, Netflix is still in good shape.

Matt Evenson is research analyst for media & entertainment at research powerhouse Omdia, which is part of Informa, as is TBI. He covers the pay-TV and online video markets in Eastern Europe, and researches content strategies for global companies. This article is taken from his analyst opinion ‘What are Netflix’s options after its first-quarter subscriptions decline?’ here.