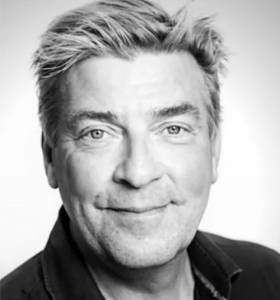 France Télévisions has become the latest broadcaster to join the European Writers Club (EWC), a three-pronged initiative led by the former CEO of Copenhagen Film Fund to create and fuel drama commissioning.

The EWC is supported with funding from the European Union and broadcasters including SVT in Sweden, Norway’s NRK, TV2 Denmark, RTÉ in Ireland, Germany’s ZDF, Videoland in Netherlands, RTP in Portugal and, now, France Télévisions.

“We want to create a network of broadcasters, creators and producers to empower them to look at European stories that are aimed at a broad audience,” says Thomas Gammeltoft, EWC’s CEO since May.

Talking to TBI at Series Series earlier this month, Gammeltoft said the aim of the EWC is to build a network of professionals across Europe to secure faster access to market for ideas, while also offering creative empowerment and providing broadcasters with a way to compete with global streamers on commissioning.

Boosting Ideas is aimed at writers who have a creator credit on a show, or a writing credit on three episodes of a scripted series that has aired in at least two countries, and looks to use the combined creative power to expand each participant’s idea.

“We invite 10 writers to come with their idea and we boost it with other writers who give their input,” says Gammeltoft, who was previously a partner and executive producer at True Content Entertainment (fka Sweet Chili Entertainment). “How can we work together to make that story have relevance for a lot of people – and also, how can we make it resonate in what is going in our lives.”

The key is to “be open to sharing and collaboration,” Gammeltoft adds. The Boosting Ideas strand, which starts in October, will then be followed by Boosting Concepts, which takes place in April 2023 and will look to supercharge six projects, which can come from the Boosting Ideas scheme or elsewhere.

Projects must have a broadcaster and indie producer attached, and will be creatively “boosted” to ensure they are as original as possible to help encourage European commissioners to acquire them.

The final strand is Boosting Broadcasters, which will see many of the main European broadest networks joining forces to share methodologies on how they work and attract/retain talent. The EWC group will also look to support projects which come through the scheme.

“We’re saying if you have like-minded broadcasters… then once a year we can meet up together and have a lean process where they can make decisions quite fast, because we all know each other. The streamers can now say yes to a show very quickly, with the press of a button. To do that with two public broadcasters, you’d have grey hair by the time that happened.”