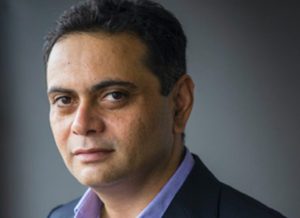 The rejig comes a day after Banijay confirmed the exit of former CEO Abhishek Rege, who had been with Endemol Shine India for 15 years.

Negi will oversee all operations for the existing team, including day-to-day affairs and its productions, reporting into Banijay COO, Peter Langengerg, who oversees the region.

He joins having been COO at Banijay Asia, where he supported CEO Deepak Dhar and the wider business, which is operated as a joint venture between the French media firm and Dhar. The latter had led Endemol Shine India until 2018.

Negi, whose replacement at Banijay Asia is not yet known, has worked in hospitality, entertainment and retail for more than two decades, with stints at companies including the Taj Group of hotels and Emerald Asia Media Fame India.

He replaces Rege, who had spent the past five years at the helm of the Indian company, after originally joining in 2007 as head of commercial and legal and then being promoted to COO in 2012, before taking the top job in 2018.

Langenberg said: “Banijay prides itself on the development and retention of its talent, and with that in mind, it is great to be supporting Rishi in his next role as CEO, Endemol Shine India.

“Since he began in his post with Banijay Asia, he has been a strong backbone for the business and partner for Deepak Dhar in maintaining the entity’s growth trajectory, particularly through the pandemic.”

Negi added that his : “While Endemol Shine India has created a strong library of shows like Bigg Boss, Fear Factor and Masterchef, my vision is to lead this trend curve and take it to new heights with diverse content across the scripted and unscripted genres.”

Endemol Shine India is a joint-venture between Banijay and CA Media that produces more than 800 hours of programming each year, and is behind titles including So You Think You Can Dance India and The Great Indian Laughter Challenge.