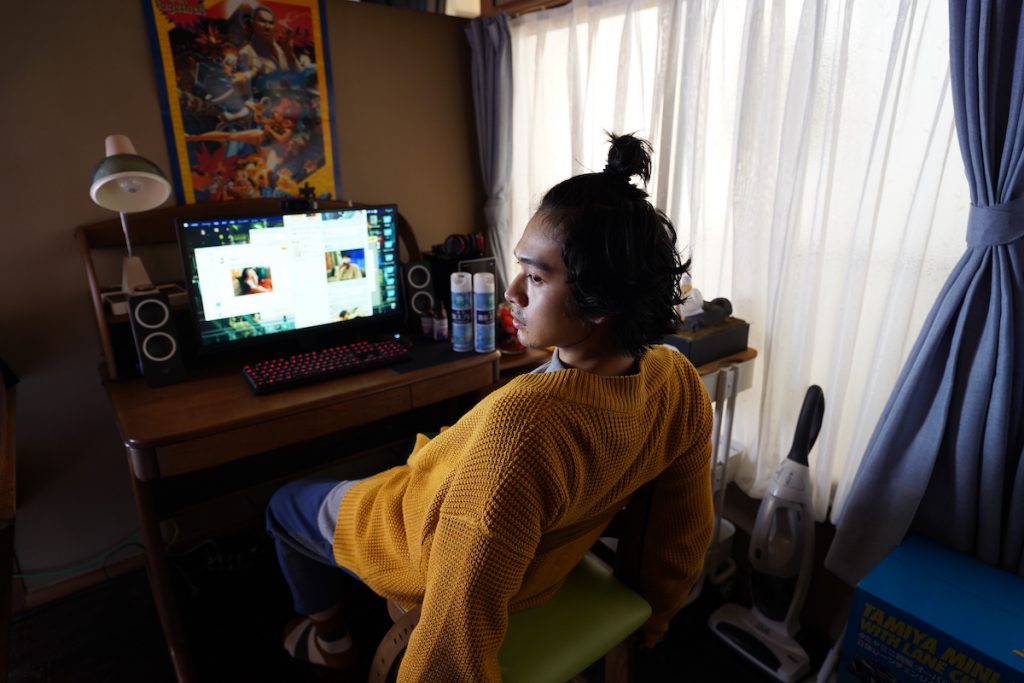 Nippon TV revealed this week it is expanding its global ambitions, but the company has been quietly moving in this direction for some time. Michael Nakan, CCO of Envision Entertainment, tells TBI about his company’s partnership with the Japanese giant and what’s next for their joint drama project, Connected.

While Western audiences have been avid consumers of unscripted formats from Asia – specifically Japan and Korea – for many years, the interest in drama from the region has travelled more slowly.

Yet as Parasite and, more recently, Squid Game, have shown, the West’s appetite for drama from the region is now growing and several companies are looking to sate it.

Among them is Envision Entertainment, which struck a pact with Japanese broadcaster Nippon TV in 2020 to co-produce and develop new scripted projects together for the global market. The deal was designed to create content that “combines Western and Eastern sensibilities”, and the first project off the block has been, aptly named, Connected.

The Japanese show aired in Japan on Nippon TV in April, featuring a 20-something year old Homebound Detective in Tokyo struggling to solve a crime with the help of his international online peers.

“The show was very successful in Japan,” says Michael Nakan, chief creative officer and founder at Envision Entertainment. It trended top of Twitter, was a major hit on the combined Japanese catch-up service and Nakan says the team behind the show consider it “a very successful case study.”

“It’s a really good example of how successful you can be with really early stage creative partnerships on the international market,” he says of the show.

The drama is by no means destined only for the Japanese market, however, with the creators ensuring it has “inbuilt DNA” that will allow it to travel more widely.

That inbuilt DNA revolves around the ‘Homebound Detectives’, who can be based around the world but come together to solve crimes, providing an instant ability for the focus of a show to shift to new destinations.

“The idea is that in a very unobtrusive way, we can create an international coproduction with a different version of the same format but with a shared story universe,” Nakan says.

“That has been an extra thing and it’s going very well. We have the Japanese version now that has done very well and that is now garnering interest elsewhere, and now we want to create a shared universe.”

Nakan is now taking the concept around the world to entice regional buyers, with the exec adding that there are “lots of interesting conversations with US and European streamers, companies in France and Germany.”

“They all have the aim of doing something very unique with the format, which isn’t necessarily changing its territory but grafting a shared universe together.”

The idea of franchising a show is, of course, by no means new, most notably with Marvel’s huge success in creating giant universes that house its myriad of comic book stars.

There have also been attempts to create universes with a more focused approach on tapping into regional programming, such as Beta Film’s The Net, which has enjoyed some sales success.

For Nakan, the idea with Connected is to have a “dual approach”, with the show created “primarily for a local audience but also with international DNA that enables the story to grow those global connections.”

Nakan declines to provide further detail on which companies are interested, but it is an idea that seems to have legs for both global streamers and broadcasters. The former can create a multi-layered universe with regional stories that play into a global network, while the local broadcasters can buy a “cost-efficient” format that offers an international perspective.

Through the deal struck in 2021, Envision and Nippon TV co-own the format for exploitation and Nakan says it also provides an opportunity for bringing local talent onto a global stage. For the exec himself, the next step is to land another buyer to ensure the Connected ecosystem starts to expand further.