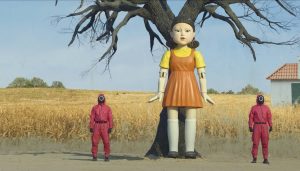 Further job cuts are expected at Netflix later this week, following news that around 150 jobs were to be slashed from the streamer’s global workforce of around 11,000.

US reports suggest another 150 staff could be affected, although it is unclear which departments will be hit. It is expected more details will be made available on Friday.

The previous round of cuts in May mainly hit US-based employees and were largely in creative departments, across both TV and film, with a number of departures at executive level, including in original content.

Those lay-offs came four weeks after Netflix reported its first drop in subscribers for more than a decade, with the loss of 200,000 sending its share price plummeting and prompting a sudden push towards ad-supported streaming.

The streamer then faced further indignity from its own shareholders, after being handed a lawsuit alleging that the company had misled the market about its ability to maintain its upward subscriber trajectory.

The BBC in the UK has agreed a deal with kids’ entertainment specialist CAKE that will see it working on six seasons of Fresh TV’s animated Total Drama franchise.

The BBC has joined Warner Bros. Discovery as co-commissioner of two new seasons of Total Drama Island (26 x 22’), currently in production and set to broadcast in the UK on CBBC and BBC iPlayer as well as in the US on Cartoon Network and HBO Max.

The show will revisit the original Total Drama format and introduce an updated cast “of quirky, iconic teen contestants facing hard core competition, brutal eliminations in action-filled adventures and more drama than ever before.”

The agreement also includes 182 episodes of library content including the seventh season from the franchise, Total Drama Presents: The Ridonculous Race, which is already available on BBC iPlayer. Three seasons of Total Drama’s prequel, Total Dramarama, aimed at 6-11 year olds and set in a daycare with original teen characters aged down to troublesome toddlers, is also included.

The deal via distributor GoQuest Media sees SBS buying the exclusive AVOD rights for the thriller, which is directed by Ergo Kuld and written by playwright and screenwriter Martin Algus.

The show is inspired by recent spy scandals in Estonia and begins in 2004, just before Estonia joined NATO and became a top target for Russian intelligence.