US prodco MY Entertainment acquired by Media Content Services 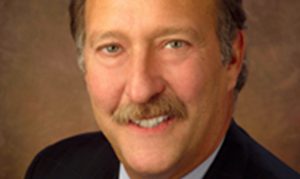 US prodco MY Entertainment has been acquired by production services provider Media Content Services.

Michael Yudin, president and founder of MY Entertainment, negotiated the deal with Media Content Services CEO Shawn Moffatt and Co-Founder Patrick Bryant, and will retain his position, remaining with the company for the next several years.

Yudin launched MY Entertainment in 2000, following stints at firms including Viacom, Telescene and Allan Landsburg Productions.

The New York-based production company is behind shows including the long-running Ghost Adventurers, as well as Legacy List, Pros vs Joes, Baggage Battles and Breaking Borders.

Most recently the company struck a co-development partnership with Korea’s Something Special and has also partnered with Seoul Broadcasting System (SBS) and MTV for reality competition show, The Power Game.

The firm’s acquisition follows a “record year” in which it produced more than 100 hours of content in 2021.

Media Content Services CEO Moffatt said that buying the company is an “integral step” in the creative evolution of his firm as it seeks to become more closely involved in original content creation, and follows the launch of its Brands & Content Studios in January 2021.