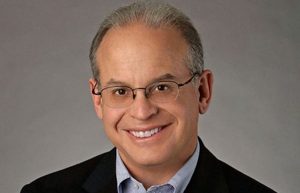 Schlesinger, who most recently served as president of Warner Bros. Worldwide Television Distribution, exited the studio in 2021 after 37 years with the US giant, amid a wholesale restructuring of the company to focus on streaming that led to massive staff cuts.

LA-based Former Bros. Media will offer strategic advice and consultation for global media companies and already has prominent clients on its books, including French pay-TV operator Canal+; Dick Wolf Entertainment, the company behind the Law & Order, FBI and Chicago franchises; the Andy Heyward-led US kids entertainment firm Genius Brands International and American comic book publisher Archie Comics, which is involved in series such as Riverdale and Chilling Adventures of Sabrina.

Alongside this new venture, Schlesinger has also become an investor and advisor to several fledgling entertainment tech companies, which he will help to grow and develop.