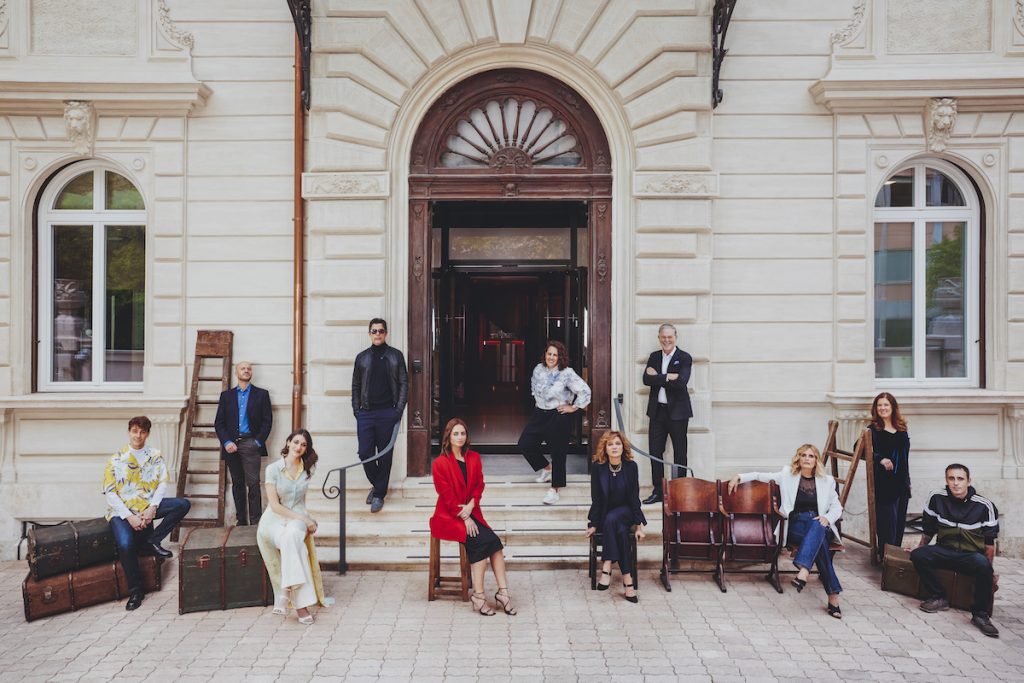 Netflix has unveiled a new slate of Italian productions across scripted, unscripted and film, after officially opening its new Rome office last week.

Situated in the heart of the Italian capital, the office will home around 70 members of staff and join existing European bases for the streamer in countries such as UK, Spain and France.  Netflix said that the new base cements their “long-term commitment to the country, the creative community, and Italian consumers.”

Netflix co-CEO Reed Hastings, who was in attendance, said that the “breadth and variety of our Italian slate perfectly represents our ambitions – new series, films, documentaries and unscripted shows from Italy’s most prestigious creatives and exciting new voices.”

Among the new Italian series announced by Netflix is a show inspired by the novel Il Gattopardo (The Leopard), which is being produced by Indiana Production and Moonage Pictures. Director Tom Shankland will bring “a modern perspective” to the story of Prince of Salina and his family, going  deeper into characters and stories from the book.

Inganno (working title) from ITV Studios label Cattleya is described as a “sentimental thriller” that plays with suspense, taboos, and uncomfortable truths about love. The series is based on Marnie Dickens’ UK series Gold Digger and follows the passionate and turbulent relationship of an older woman and a young man who is half her age. Their relationship undermines social and family norms of the Mediterranean culture. The scripted format is distributed by ITV Studios.

Lotto Gang (working title) from BIM Produzione and Feltrinelli Originals is meanwhile based loosely based on the true story of the biggest lottery scam in Italian history, Lotto Gang follows a group of antiheroes on a heist in the outskirts of Milan in the mid-90s.

I Hate Christmas from Fremantle-owned Lux Vide, will star Pilar Fogliati in what is Netflix’s first Italian Christmas series – a comedy about a young woman looking for love.

An untitled new animated series by cartoonist Zerocalcare, with Movimenti Production and Bao Publishing, is also in the works, with six half hour episodes that will explore themes dear to the Roman author.

Tinny Andreatta, Netflix VP of Italian language Series, commented: “The Italian series that we announced today, and which will come to Netflix in the coming years, reflect our ambitions to work with our Italian production partners to tell a variety of quality Italian stories.  Together, we will create a breadth of stories, working with visionary creators and new voices who break barriers, take creative risks, and tell stories that have never been told before.”

On the unscripted side, Fremantle Italy is producing Wanna, a crime docuseries, filled with pop culture references, that explores the known and unknown elements of Wanna Marchi and a historical moment in the history of Italian TV.

Running for the Truth: Alex Schwazer from Indigo Film offers an unfiltered look at the rise, fall and search for redemption of a sportsman, against the backdrop of an intricate sporting and judicial affair.

Meanwhile, Summer Job from Banijay Italia is the first Italian Netflix original reality show.  What begins as a heavenly vacation soon turns into the first work experience for ten young men and women who have never held a job. Matilde Giol hosts.

Giovanni Bossetti, Netflix Italy nonfiction manager, said: “It is exciting to see more non-fiction projects in our Italian slate across genres including doc-series and reality shows.  Our goal is to tell stories from different points of view and create incredible, funny and exciting Italian stories that our audiences will love.”

The streamer also announces a slew of new Italian movies, including  Robbing Mussolini from Bibi Film; My Name is Vendetta from Colorado Film; Love & Gelato from HT Film; Under the Amalfi Sun from Lucky Red; and Jumping from High Places from Lootus Film.

The new projects add to the Italian series currently in production, including Lidia Poet, Brigands, The Lying Life of Adults and Tutto chiede salvezza, alongside the second season of Framed! A Sicilian Murder Mystery and the fifth season of SKAM Italia and Di4ries.