France Télévisions has a new international team and a rejuvenated global scripted strategy to attract younger viewers. Marie-Agnès Bruneau speaks to Manuel Alduy, who is leading the charge 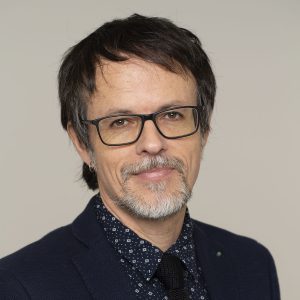 “We want ‘organically international’ shows, appealing to a mainstream audience with a key 25-50 focus, and able to generate conversation”

France’s TV industry could be about to enter a transformative phase over the next year or so, should the proposed merger of M6 and TF1 take place, but it is not just these two networks facing potential change.

The country’s public broadcaster is also looking to shift its course and leading the charge on the drama front is former Canal+ and Fox exec Manuel Alduy, who has been navigating France Télévisions’ scripted activity as director of movies and international development.

The broadcaster is now revisiting its international series strategy, exploring new co-production models, narratives and genres, while also looking to rejuvenate audience profile through international fare. Alduy, whose responsibilities include scripted acquisitions, is also looking for YA shows for a new France 5 strand.

It has clearly been a busy time. “Regarding co-productions, we stopped some developments, experimented on a few co-pros with the streamers and reorganised the team. Our current priority is to find The Alliance’s next big shows,” he tells TBI.

It is not just on the content front that change is apparent. Former director of acquisitions and international fiction, Nathalie Biancolli, and artistic director for international co-pros, Benoit Marchisio, both left at the end of last year.

In their place is Morad Koufane, formerly advisor to France Télévisions’ programming director, who was appointed in January as deputy director for international series. Alongside him is Hélène Saillon for co-productions and Catherine Gaucher for acquisitions.

Alliance steps up a gear

One focus for Alduy is The Alliance, which was formed four years ago with German pubcaster ZDF and Italian counterpart Rai. The goal was to initiate ambitious co-productions to rival streamers and at the end of last year, the first projects landed on flagship France 2. 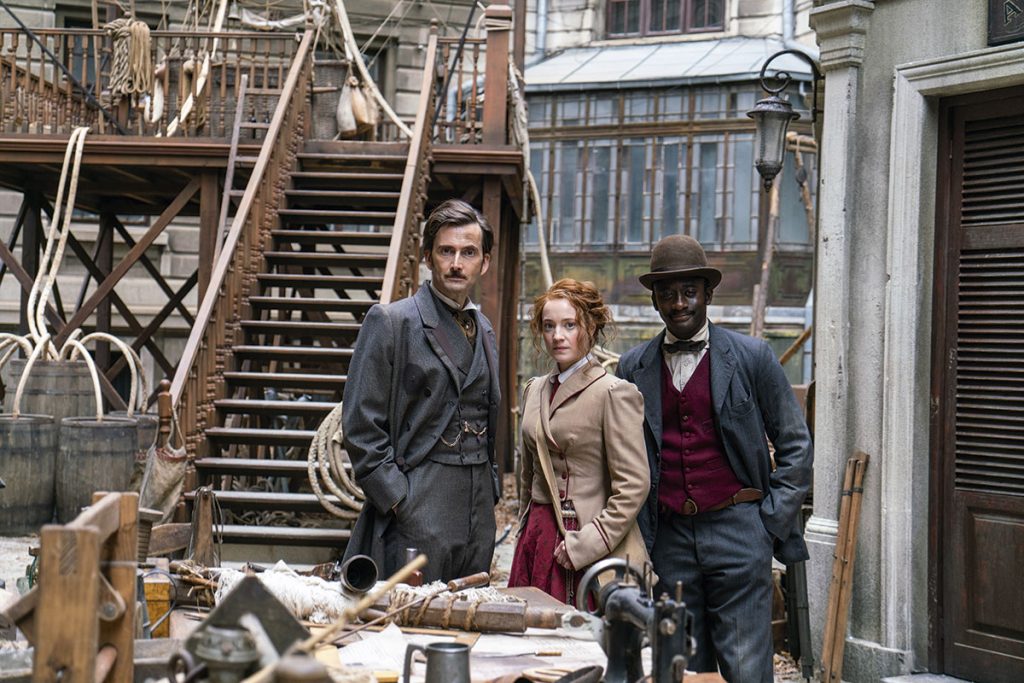 None of them were major hits, however. The adaptation of Victor Hugo’s classic novel, Germinal, launched in November to 4.4 million linear viewers (five million consolidated) and a 20% share, down by one million in the second week. Then, during the Christmas holiday, Around The World In 80 Days launched, capturing three million for the first week but then dropping by one million in the following week, this time with an audience share below the channel’s average. In February, Leonardo performed less well, recording 2.2 million viewers on its first evening.

Alduy, however, says that he was satisfied with the shows’ performances. “It’s becoming very difficult to judge on live broadcast figures. Around The World In 80 Days gathered an additional 2.5 million viewers on France.TV (where all episodes had been made available at launch), half of them prior to live broadcast and the second evening’s episodes were actually the most viewed online,” he explains.

“And we must focus on what we are looking to achieve,” he adds. “The first goal of these international series is to initiate different kinds of shows from our respective successful domestic drama fare,” he explains.

“They are shows that are different too from local foreign series, which we can acquire on the market. We want them to address the 25 to 50 age group and that means that it can be sometimes at the expense of power. Around The World In 80 Days reached a family viewership, while Germinal managed to get a younger audience demo than our average, so in these aspects, they were a success, even though I have to admit that Leonardo did not as well.”

Alduy also points out that the trio were the first projects of The Alliance. The strategy has since evolved with step two – moving away from classic literature and characters for more contemporary works – and is now moving into step three. Given the long development and production process, this transition may not be as clear to those outside of the group. 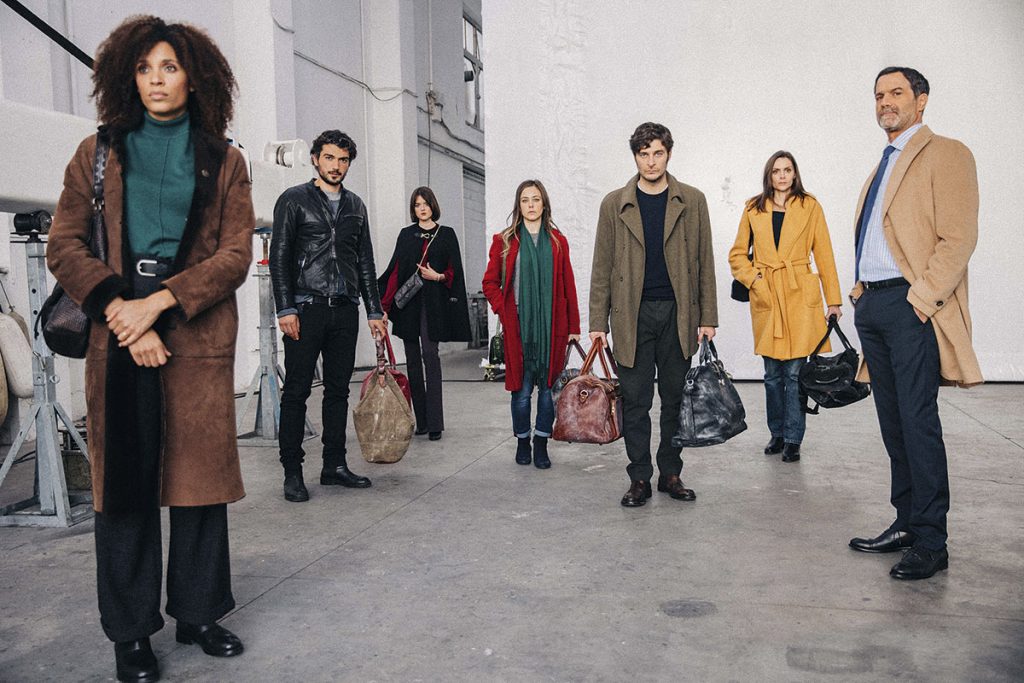 Survivors is a mystery family drama from The Alliance, due to land later this year

“We are now looking for big stories that are natively European,” Alduy says. “We still have the ambition for high-end series, we want them organically international, appealing to a mainstream audience with a key 25-50 focus, and able to generate conversation.”

France Télévisions is looking for around five co-productions in total, per year. Alongside The Alliance projects, the pubcaster has also been involved in a few French-speaking co-ventures, such as Swiss co-pro Hors Saison, selected at Séries Mania.

Again tackling new genres and narratives, France Télévisions also stepped in on a couple of French co-productions with streamers, such as the soon-to-deliver action series Coeurs Noirs with Amazon Prime Video, about French special forces in Iraq.

There’s also supernatural drama Ouija, from Fremantle’s Kwai Production and an as-yet undisclosed streamer, which starts shooting in a month. Such streamer partnerships are a u-turn on France Télévisions’ former strategy, although Alduy says it is less of a focus.

“It was a way to say that France Télévisions is flexible and can adapt to various production business models, he says of the two series. “With these, we have put all kinds of partnerships on the table – in some series, we can be the second broadcaster investing with maybe less money, and some series can either be co-run or separately, with no overlap. With Ouija, we are the first broadcaster, then with Coeurs Noirs we come in second.”

Alduy adds: “We can work with any of the platforms, as long as we have an editorial input and the minimum of rights we need – and as long as the budget is bigger than the average French series.

“Streamers have been developing French drama for a while, but what’s new is that they now compete with one another, sometimes on the same projects and, in a way, that can enable us to check which are the more pragmatic [to work with].”

The group has also been making inroads on its acquisition strategy, having picked up Normal People for online YA offer France.TV Slash. A new France 5 strand on Monday launched in February, too, shifting the focus from movies to become the linear home to Slash programming in a bid to enlarge its YA audience target.

The strand had not been in the works when the series was acquired, Alduy adds, but its “quality” and the fact that it had not been seen widely in France, and had been a hit on the UK’s BBC, meant it was worth trying. Normal People started with 500,000 viewers on France 5, a smaller channel, and slipped slightly, but its broadcast helped the show be an online success, where it was watched by 2.8 million online viewers in its first few weeks. 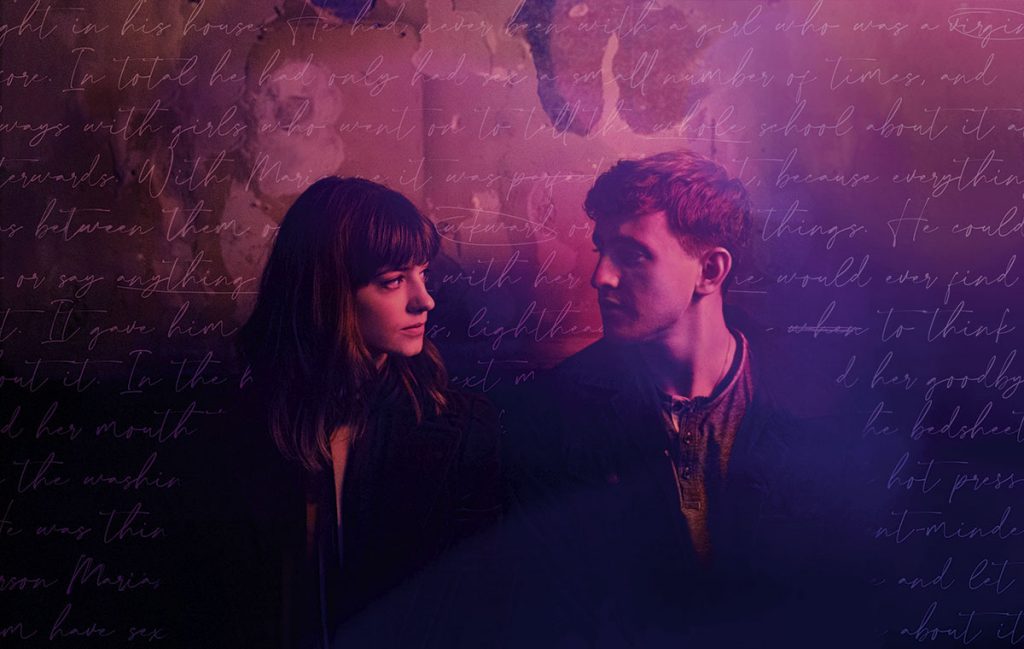 Normal People was an online hit for France TV

The Normal People deal also reflects that France Télévisions’ acquisitions are now about the show rather than the strand. Aside from France 3’s long-running Sunday (mostly) European crime drama strand, there are fewer dedicated strands for acquisitions.

The France 2 Monday strand has freed itself from the US fare it used to carry several years ago and has also enlarged its scope, welcoming international co-productions, alongside some acquisitions such as well-rated crime series Death In Paradise, and a smattering of French drama.

“Our roadmap is to look to reach an audience that’s a bit younger with acquired series and to find shows that are event-driven, enabling us to differentiate ourselves,” he says.

“For example, we acquired The Tourist, a series running on the BBC and HBO Max in the US, which is an action-thriller and which we strongly believe will help to widen our demo audience,” the exec explains.

Alduy also adds that there is not so much need to get involved upfront to secure acquisitions because there are more shows, while the tastes of the audience is also opening up, partly thanks to the streamers.

“There might be worries at private broadcasters, but as far as we are concerned we broadcast very few American series, so the fact that US majors are proposing fewer of them is not our concern.

“We have no problem of a shortage, it’s the opposite – there are quite a lot of very good projects on the market. After the August edition of Séries Mania, we received [pitches] for 100 of them!

“The rise in demand for series means many creators and producers are pitching projects, while, with distribution consolidation, the studios get involved in international series to market them.

“We get a lot of shows from French groups such as Banijay, Federation and Mediawan or independent companies, and these are often very interesting projects. Broadcasters have all opened up their chakras,” he says.

The new-look team is also evaluating projects in a continuum. France TV will get involved at an early stage only on ambitious projects in which it can play a part in the development process or make a choice in casting, for instance, Alduy explains, another example of the French pubcaster’s nuanced shift in strategy.