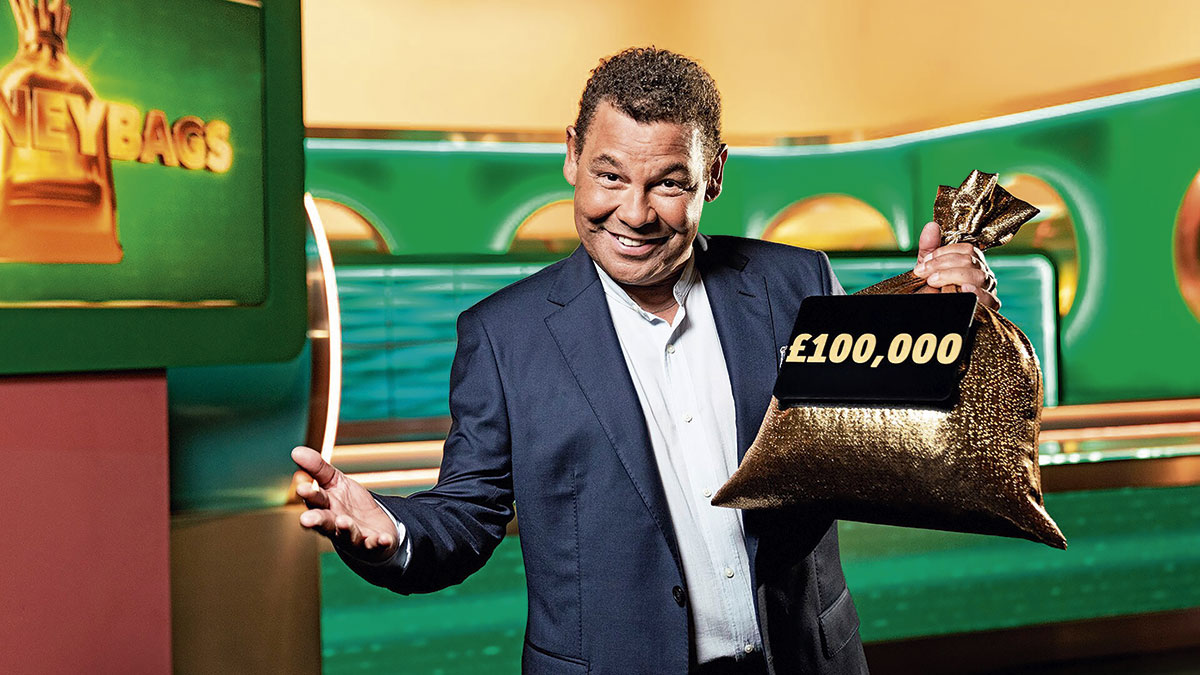 Moneybags has been commissioned for a second season on the UK’s Channel 4, which launched a $40m fund

New formats have always had to fight for space against the exploitation of proven IP, so what has prompted broadcasters to invest hundreds of millions of dollars in schemes to create new shows, asks Richard Middleton

Formats are designed to be exploited again and again. This repeatability is baked into the essence of the industry, yet it must also co-exist with the need to come up with new ideas.

It’s a fine balance that has always existed, yet the past year or so has seen a flurry of funds and partnerships emerge that are designed to power creativity up a notch. Some have eye-catching numbers next to them: UK pubcaster Channel 4 launched its scheme in late 2020 with a £30m ($40m) fund; a headline-grabbing $100m initiative then came from Fox in October last year; followed by a transatlantic alliance – without a number atttached – between the BBC and NBCUniversal (NBCU).

Such initiatives are all looking to fund the creation of new formats in one way or another, but such schemes are not altogether new: broadcasters and production groups have sought to turbocharge format development for years, while country-specific industry schemes have helped to support many new formats making their way to market.

What makes these schemes different is their size and ambitions, suggesting something bigger is afoot. Jin Woo Hwang, president & exec producer at South Korean format specialist SomethingSpecial, tells TBI that the pandemic and its associated effects on production worldwide led to some companies looking “to explore rather than exploit” on the format front. A desire to compete on new ideas has naturally seen others then making similar moves.

There has also been a rapid evolution on the acquisition side, with numerous streamers going global and looking for cost-effective unscripted ideas that can be replicated. Some execs TBI spoke to for this feature admit that they are surprised that these OTT buyers have not been more forthright in their format and exploitation strategies to date, but the situation is by no means certain to last.

Others, including Media Ranch CEO Sophie Ferron, say the streamers’ strategy is increasingly focused on snapping up paper formats in order to bag global rights from the outset.

“The sheer fact there are so many streamers all looking for subscribers gives a lot of weight to the paper format, because they need those high concept ideas – and they need to own it to roll it out,” she adds.

This evolving landscape might suggest why broadcasters are looking to capitalise and leverage their existing positions as ‘mass-audience’ machines. The potential of getting your show in front of millions via a US or UK broadcaster is the holy grail for most format producers and the networks, of course, know it. 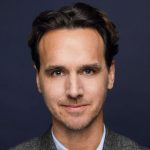 “There’s a need to go deeper, to find more creative and different people to come into the market – unscripted TV has moved into a more mature stage” Rob Wade, Fox Entertainment

But as Rob Wade, president of alternative entertainment & specials at Fox Entertainment, tells TBI, there has also been a revisiting of the way money is being spent. Broadcasters in many parts of the world, particularly smaller markets, are cash-strapped and looking for more bang for their buck.

The idea of the Fox Alternative Entertainment (FAE)-backed scheme is to leverage this necessity, providing creative producers with funding to create ambitious shows that can launch an entire season in a smaller market, rather than investing in a single pilot in the US that might tell execs little about the show’s potential for success.

In some ways, the BBC and NBCU pact is similar in that it is also looking to make broadcasters’ money go further. Kate Phillips, the BBC’s controller of entertainment, tells TBI that their scheme came about when it emerged NBC and the UK pubcaster were both producing pilots of This Is My House. Had there been a more formal arrangement, development costs could potentially have been shared.

“In the scripted world, this has been done an awful lot – broadcasters joining forces on sitcom or drama, and I thought why is it not happening in unscripted. It seemed quite obvious and a way for broadcasters to make shows go further.”

“There’s also a need to go deeper, to find more creative and different people to come into the market at the moment, because unscripted TV has moved into a more mature stage,” Wade adds. “There was a time when you could take ideas focused on a best singer, or to put a guy with 10 women… now it requires a bit more creativity because viewers are increasingly sophisticated.”

For James Townley, who is on the opposite side of the equation as global head of content development at Banijay, the schemes also make sense. “The ongoing thirst for new content and IP, along with the shortage of talent, is pushing the market to come up with new ways to appeal to creatives, differentiate slates from other players, and in turn bring audiences new programmes to enjoy.”

Townley, however, also notes that his giant group also offers its own funds and initiatives. Banijay’s Creative Fund supports new IP with international potential and it is from this source that ITV’s Starstruck emerged from the UK’s Remarkable. Blow Up from Endemol Shine Netherlands, and Shaolin Heroes from Metronome and for TV2 in Denmark, have also been recipients.

“These funds can also help producers take creative risks early on – for example investment into cutting-edge technology as part of the development process not yet tried and tested on screen. Your Body Uncovered for the BBC is a great example of this,” he adds.

Clearly, investment has worked elsewhere previously too. Korean content outfit KOCCA has been pumping money in to support the country’s IP creation for years and the results are now apparent on screens around the world.

“Most of the format funding projects from KOCCA nowadays are designed to support independent production companies,” explains SomethingSpecial’s Jin Woo Hwang. “The objective is to strengthen creativity and provide commercialising opportunities for independent companies.”

SomethingSpecial has also been a direct recipient of local funding, landing backing from KOCCA’s Format Lab Fund that has since “given birth to nine wonderful new format ideas”, some of which are now being “aligned” with international partners. “This enables us to proceed into bigger opportunities,” he continues.

Canada’s Media Ranch was also an early proponent of format incubation schemes, with its Horsepower initiative creating IP such as House Party: Just Dance (being adapted in the US by Wheelhouse Entertainment) and Love Van (in the works via WarnerBros. Discovery-owned Renegade Pictures in the UK).

And, again, signalling the growing interest of broadcasters to get involved with such schemes, Canada’s Quebecor Content was last year joined by French giant TF1 as a partner on Horsepower. For Media Ranch’s Ferron, the broadcasters’ involvement is a way for them to play in the market for new ideas while also managing their risk.

There is, however, a cost to all these schemes. Fox’s fund is a commercial enterprise and not a charity, Wade makes clear, and any format FAE invests in – sums of around $2.5m are available – must have a “route back” to appear on the US network.

Fox’s ownership stake in the IP is on a “sliding scale” depending on how much it puts in, but Wade says producers are incentivised and that once FAE’s investment is recouped there is the potential for more back-end. “You essentially get financing but also an intravenous direct line into a network and that is kind of our trump card,” he adds.

Conversations are underway with companies in the UK, France, Ireland, Sweden, Australia and Mexico, while the scheme was launched with a show that acted as a signpost of intentions.

Variety competition format The Big Deal was produced for Ireland’s Virgin Media Television in partnership with Dublin-based BiggerStage, with FAE owning the format. No news yet on if it’s to debut on Fox, however. 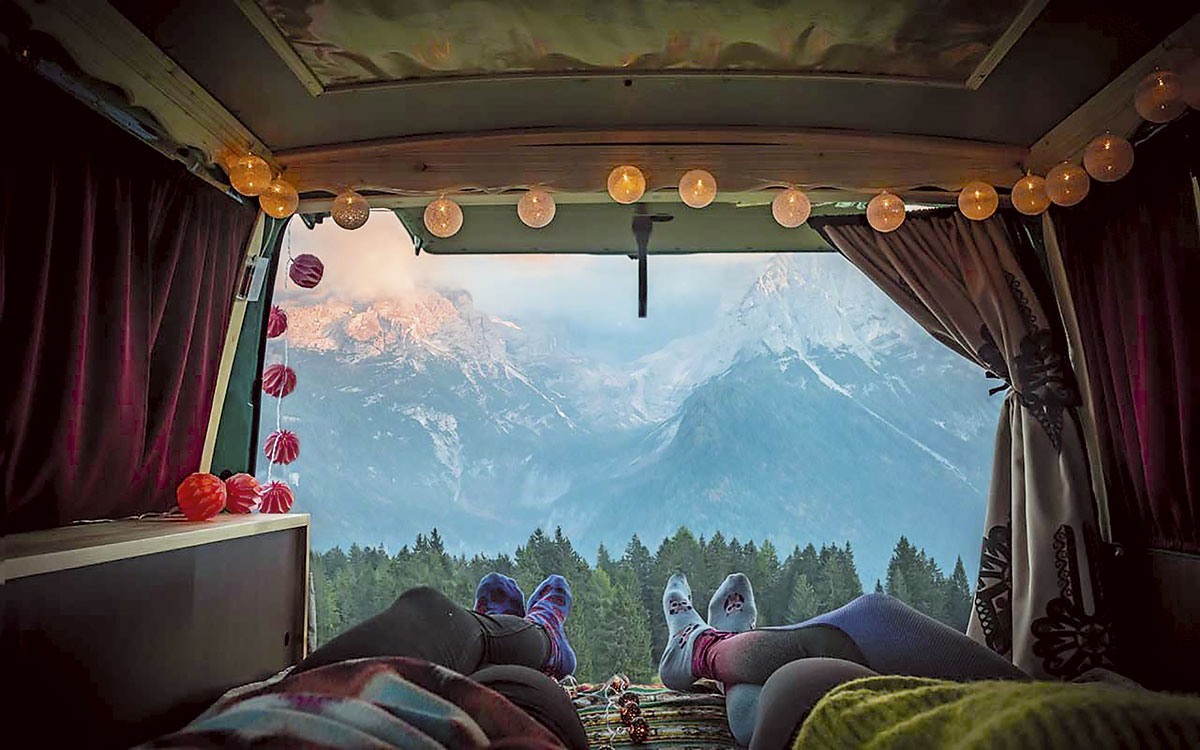 Channel 4, meanwhile, is a year ahead with its scheme and recently greenlit a second season of quiz show Moneybags from UK producer Youngest Media. Relationship duo The Love Trap and Open House: The Great Sex Experiment and quiz format One And Six Zeros are also in the works.

For Phillips at the BBC, the focus is on “big, gameshow and shiny floor ideas” as well as fact-ent ideas. Just over six months into their pact, numerous shows are in development from producers who are happy to forego US and UK rights in return for investment. It is not a small price to pay, but, as with Fox, the opportunities opened up by having a format that lands in the US is likely to ease producer worries.

That said, Phillips is clear that the scheme is only one way to work with the BBC and that pre-existing development and pilot schemes – that allow the producer to retain the US rights – are available. “It does feel like a win-win though,” she adds. “There’s a big pot of money when we combine.”

Wade also admits that “scepticism” in funding schemes does exist, but he urges broadcasters and creatives to explore their potential. “There’s always the ‘what if’ – can I have all the pie,” he adds of producers’ wishes to retain all rights.

With demand for new IP soaring, it is not just the buyers evaluating risk and reward any more.