Why firms from Banijay to Beta Film are exploring NFT’s 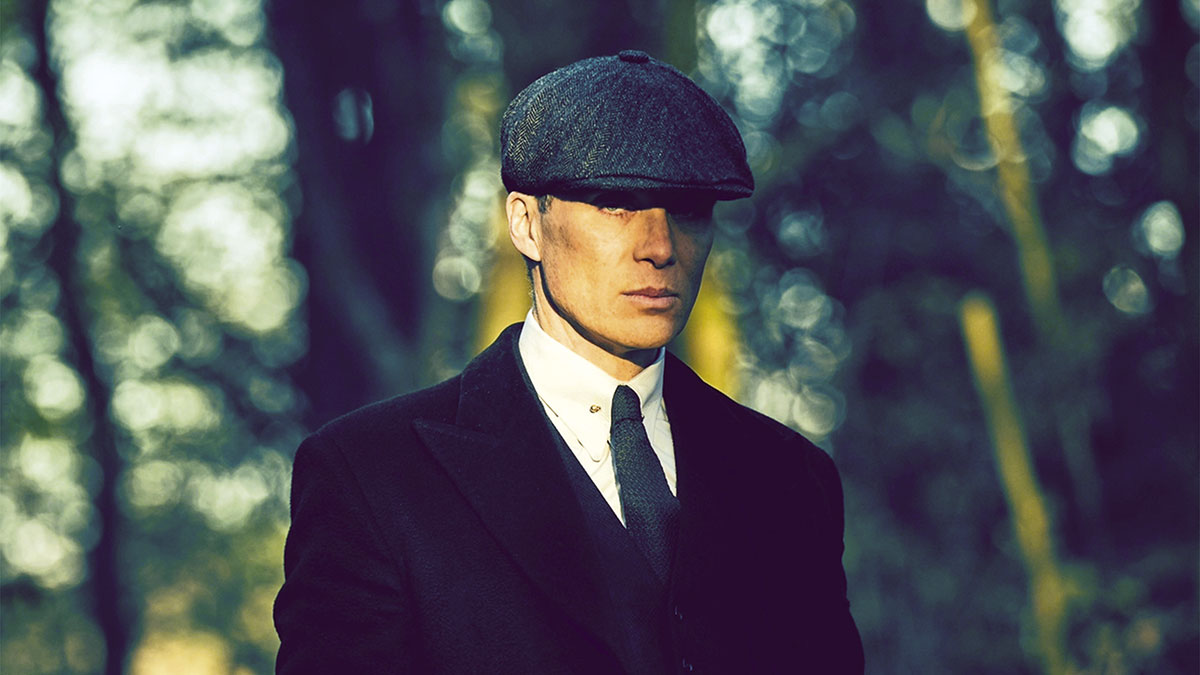 From Banijay to Beta Film, TV companies are actively exploring how NFTs could help generate future revenues. Tim Dams investigates the opportunities being opened up by this relatively new market

The market for digital items known as non-fungible tokens (NFTs) exploded in popularity last year, and the TV industry has taken notice.

Nearly $41bn was spent on NFTs in 2021 according to a recent Financial Times report, which concluded that the market is almost as valuable as the global art market.

NFTs are essentially digital ownership certificates registered on a blockchain, a public digital ledger that allows anyone to verify the NFT’s authenticity and who owns it.

Unlike most digital items which can be easily reproduced, each NFT has a unique digital signature, meaning it is one of a kind. This makes them valuable to collectors, allowing them to be traded on secondary markets, where their prices rise and fall according to demand. NFTs are usually bought with cryptocurrencies or in dollars and the blockchain keeps a record of transactions.

Market to bounce back

NFTs really came to public attention last year when a collage by the artist Beeple sold for $69.3m at auctioneer Christie’s and Twitter founder Jack Dorsey sold the first ever Tweet for over $2.9m.

Meanwhile, NFT collections such as CryptoPunks and Bored Ape Yacht Club have gone viral. Bored Ape NFTs now regularly trade for hundreds of thousands of dollars, with one selling for $2.85m in January.

The appeal of NFTs is perplexing to many, who wonder why so much money is spent on items that only exist in digital form and can be viewed by anyone for free.

Certainly, the market has cooled this year, with the Ukraine war and a broader tech and cryptocurrency slump abating the trading frenzy that characterised 2021. According to the Financial Times, daily trading volumes on OpenSea, the biggest marketplace for NFTs, fell 80% to roughly $50m in March after reaching a record peak of $248m in February.

Despite this, many advocates believe this is just a dip in an NFT marketplace that is only likely to grow in the long term.

The TV industry, in particular, is starting to explore the potential for NFTs.

Superindie group Banijay, for example, is set to explore NFTs based on the globally popular Mr Bean animation series, which is produced through subsidiary Tiger Aspect. 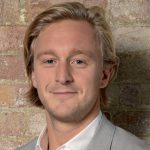 “Any content creator, or anyone with as much content as Banijay, needs to be looking at NFTs and taking them seriously” Owain Walbyoff, Banijay

“We’re treating NFTs like a brand-new commercial category,” says Banijay chief commercial officer Owain Walbyoff. “Any content creator, or anyone with as much content as Banijay, needs to be looking into this and taking it seriously.”

Rights holders like Banijay can licence their content to NFT specialists to create NFT products to launch into the market, receiving a percentage of sales.

As well as Mr Bean, Banijay is looking at two or three other NFTs this year based on its IP. “We’re all very excited by this. The projections that the licencees are giving us [show] it is a high value category,” says Walbyoff.

The case for Mr Bean, notes Walbyoff, is clear, as it has millions of fans across digital platforms such as Instagram, Twitter and TikTok, and is the number one TV brand on Facebook with 129 million followers.

“We would help them to promote it and encourage people to purchase the NFTs. And then we would share in the profits, like any other licensing deal,” says Walbyoff, who is telling his commercial colleagues at Banijay to regard NFTs in a similar vein to, say, a MasterChef cookware deal.

Eyeing the Banijay catalogue, Walbyoff cites scripted content such as Black Mirror and Peaky Blinders as the kinds of shows likely to be popular with NFT buyers who want to “own something unique” from them.

He says that the NFTs could be more than just digital images but could also unlock video content that possibly hasn’t been televised before.

This offer of video content chimes with broader trends in the market. Many people think of NFTs as static digital artworks, but NFTs from the likes of the NBA and UFC go further by offering footage of key moments, be it a celebrated slam dunk or a knockout.

It is partnering with Austrian NFT specialists MovieShots to offer NFTs from the cult German film Run Lola Run (Lola Rennt). Scheduled for mid-April, around 1,400 NFTs from the film are being sold by MovieShots at a price of approximately €200, which would generate €280,000 if it sold out. 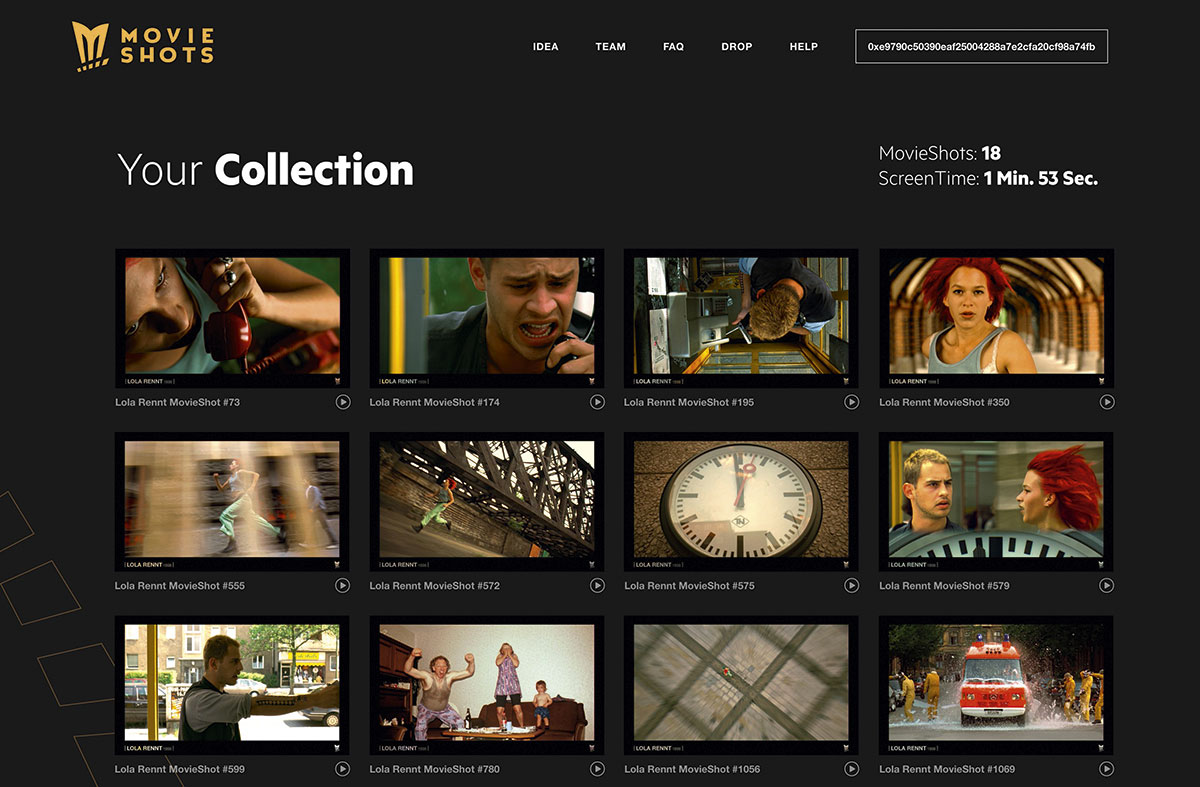 The role of the NFT specialist is important, says MovieShots founder Jan Leitenbauer. “There are many areas to think about. In addition to programming on the blockchain, NFT creation and defining the properties of around 1,400 individual images, a community has to be built up and looked after,” he explains. The ambition is to give NFT owners the feeling that they own a piece of the movie.

Beta Film’s Alexander Wolffersdorff says the company had heard about the hype behind NFTs when it was approached by MovieShots to explore the idea of creating NFT “collectors’ items” from its library of content.

He says that what makes NFTs particularly interesting is that they are tradeable on secondary markets, thanks to the blockchain technology that provides proof of ownership.

The blockchain also stores smart contracts which are automatically executed with each sale, allowing the rights holder to automatically earn a share of revenue from each trade. This is typically around 3-5% of the selling price but can be as high as 10%.

“There is a constant revenue stream if an item should be successful,” says Wolffersdorff.

As in a traditional licencing or merchandising deal, revenues are shared among rights holders. It’s important to involve key stakeholders, says Banijay’s Walbyoff. “We want everybody to be onside and happy. If we did something with Black Mirror, we would always want Netflix and the original creators of Black Mirror to be on board with it, behind it and buying into it. It just gives the licence produced – the NFT – a far greater chance of success.”

Beta Film is now thinking about which of its titles might be suitable for NFTs next and plans to offer tokens for a black-and-white comedy classic from its library.

Other TV companies are exploring NFTs in innovative ways. Wildlife broadcaster Wild Earth TV, for example, recently launched NFT collections linked to individual animals on the Djuma Game Reserve in South Africa, from where it broadcasts live eight hours a day. Its Wildlife Conservation NFTs promise buyers that they can build a personal relationship with individual wild animals by receiving special updates and access to the animals’ sightings.

“You’re not buying a JPEG or a work of art, you’re buying the opportunity to feel like the custodian of that animal,” says WildEarth CEO Graham Wallington. He explains that 40% of the income generated from the primary sale goes to the custodian of the animal’s habitat, and that they would get 80% of royalties on future sales.

It recently raised money for short film The Dead Of Winter, with NFTs featuring scene stamps, film posters, director’s notes, scripts, the score and exclusive community access to director and producer Q&As being used to help fund the film.

Phil McKenzie, COO of Goldfinch, says NFTs can “better connect” content creators with patrons, investors and fans. He says many crowdfunding platforms have not taken off because, in the past, in exchange for funding an investor might only receive a DVD or T-shirt. He adds that investors have been put off from backing film projects because the sector is renowned for being murky and opaque.

“But with the technology we have now, we can give them a meaningful ownership of things and proper value,” says McKenzie, who points out that the blockchain technology underpinning NFTs allow investors to trade in and out of projects in a transparent way. “Say some huge director signed on to help a project, you could use that moment to cash in your position,” he says. “Somebody else might think it is an amazing time to buy.”

Others are looking at how NFTs could help finance projects. For example, The Real World creators Bunim/Murray Productions (BMP) and Animoca-backed tech venture Virtual Arts have just partnered on a new venture, Wonderfuel, that aims to use NFTs to fund programming.

Wonderfuel will roll out a slate of shows with NFTs “baked into” both the funding model and audience experience. NFTs will be released alongside the shows, in the hope that fans will buy them in order to gain access to rewards, which include involvement in creative decisions to sharing in prizes and fan experiences.

BMP and Virtual Arts think the sale of NFTs will enable both partial and full funding of shows, and get audiences involved in creating programming that they have a very real stake in.
Whether this takes off in the long-term remains to be seen. But there is little doubt that, for now, all eyes are on NFTs.