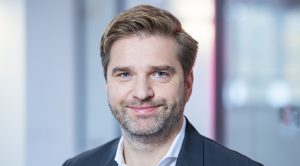 Bachert, who joined the company more than two decades ago, becomes chief distribution officer at the company, having most recently been EVP of international sales & acquisitions.

His remit in the newly created role includes oversight of Beta’s distribution business, in addition to his ongoing sales and acquisition responsibilities for the UK, North America and Italy.

The appointment comes as the German distributor’s Beta Film arm prepares for MIPTV next week, having recently added to its slate ahead of SeriesMania.

The company acquired distribution rights to its first-ever Greek and Ukrainian series, as revealed by TBI, along with a host of shows from across Europe including Sky Italy’s new drama No Place Like Home – Family, Lies & Legacies.

Beta’s latest line-up also includes the Movistar Plus+ Original El Inmortal – Gangs of Madrid from Spain; the Canadian Audrey’s Back; and the crime drama The Island of Thirty Coffins, based on the famous novel by Maurice Leblanc and hospital drama The Shift.